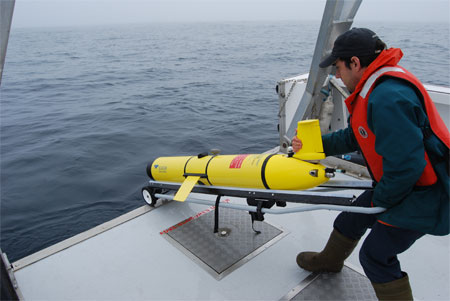 7th April, 2021: Clew Bay and Achill, Co Mayo will be among the key study areas in SeaMonitor, a unique marine research project which is using innovative marine species tracking technology to better understand and protect vulnerable marine life in our oceans. The EU INTERREG VA Programme has funded the project which is led by the Loughs Agency and supported by another eight leading marine research institutions, including the Marine Institute.

The innovative technology, called passive acoustic telemetry, relies on underwater tracking stations (acoustic receivers) to monitor the movements of marine animals tagged with acoustic transmitters. This technology will be used to better understand the movement and behaviour of species such as seals, basking shark, skate, cetaceans and salmon.

This new technology will be utilised in Clew Bay and Achill, to enable the Marine Institute to monitor juvenile salmon smolts as they make their first journey past Clare Island and on to the Atlantic Ocean. Acoustic receivers will be placed in strategic positions on what has been identified as the salmon "highway" through Clew Bay. This research will build on previous studies in the area, which indicate a high survival rate of salmon smolts through the Inner Bay and to Clare Island. Studies have also indicated that smolts following ocean currents seem to travel the northern route past Clare Island.

As part of the SeaMonitor project, the Marine Institute will be tagging smolts from the Burrishoole catchment over the next two years. Their journey will be monitored through Clew Bay and Achill, onward along the shelf edge, west of Scotland and to the Norwegian feeding grounds from May to June. The salmon smolts will be monitored by the Marine Institute using a Slocum glider, an autonomous remotely operated vehicle. The glider acts as a mobile listening device for the acoustic signals from tagged fish, and has the capability to monitor environmental conditions such as temperature, salinity and current profiles. The range of the remotely operated vehicle and its ability to remain at sea for months at a time, allows the tracking of salmon and other marine species further and for longer periods than ever before. 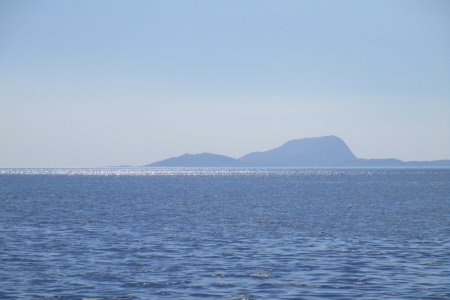 "Scientists still know very little about the detailed migration routes of Atlantic salmon, within the marine environment," said Dr Ciaran Kelly, Director of Fisheries Ecosystems and Advisory Services at the Marine Institute. "Using new technology to track the migration pathways of Atlantic salmon smolts through Clew Bay, Achill and beyond, will greatly increase our understanding of migration and identify important marine habitats for Atlantic salmon."

"The Marine Institute's Newport Research Facility has a long and distinguished record of conducting scientific work on Atlantic salmon. The Marine Institute appreciates the support and assistance from local fishermen in Co Mayo for marine research projects such as SeaMonitor," Dr Kelly added.

The SeaMonitor project will also deliver Europe's largest telemetric marine array, stretching over 60 kilometres and comprising of over one hundred acoustic listening stations. 'Europe's largest fish counter' is being deployed off the north coast of Ireland and will bridge the gap between Malin and Islay forming an acoustic detection line between Ireland and western Scotland. This technology will allow scientists to monitor the movement of tagged marine animals resident in this area or passing through during annual oceanic migrations.

Funding for the SeaMonitor project has been provided by the EU's INTERREG VA Programme (Environment theme), which is managed by the Special EU Programmes Body (SEUPB). Match-funding for this project has been provided by the Department for Agriculture, Environment and Rural Affairs in Northern Ireland and the Department of Housing, Planning and Local Government in Ireland.
For more information about the project please visit http://www.loughs-agency.org/seamonitor or follow the project on Twitter @SeaMonitor1.