The Marine Institute welcomes two new programmes on TG4 this week, which explore the wildlife of our Celtic coasts and the life and communities on the west coast of Ireland. Iontais na bhFarraigí Ceilteachaand An Cósta Thiar will air on Wednesday 12th January 2022, from 8.30pm. 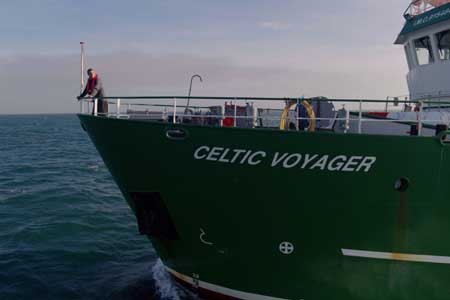 In Iontais na bhFarraigí Ceilteacha, naturalist Eoin Warner take viewers on a breath-taking journey of discovery around the spectacular Celtic coasts of Ireland and Wales, exploring the extraordinary hidden wildlife around our shores - from our shallows to the deep.

Iontais na bhFarraigí Ceilteacha was filmed over two years by some of the filmmakers behind natural history series Blue Planet, in a corner of these islands which has never previously been explored in such sumptuous detail – Ireland’s sunny southeast and the Welsh coast. The camera team has captured an incredible array of species including blue sharks, basking sharks and Fin whales – all swimming and hunting off our Celtic shores. Some of the footage for this series was also filmed while on-board the Marine Institute’s marine research vessel, RV Celtic Voyager.

In An Cósta Thiar, Áine Ní Bhreisleáin, presenter of Bladhaire on Raidió na Gaeltachta and co-presenter of Beo ar Éigean on RTÉ Radio 1, travels down the west coast, from Donegal to Kerry, to gain an insight into the culture, challenges and benefits of living by the Atlantic and to find out if seawater still flows through the veins of its coastal communities.

On her travels, Áine will meet with the people of the coast, both young and old. She will spend time in the company of people who live and work by the sea, learning more about the attraction of these areas, and this life, through their eyes, stories and experiences. She will meet those communities and people who have a strong affinity with the coast and the sea, through new businesses, traditional livelihoods, recreational activities, ecology, birdwatching, eco-tours, swimming, boats (of all kinds) and more. 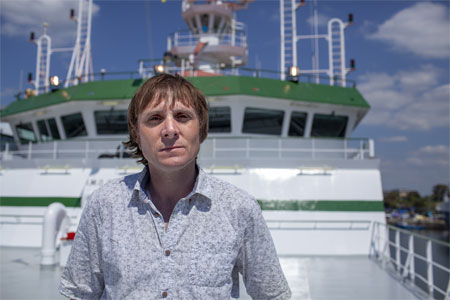 Macdara Ó Cuaig, Fisheries Scientist at the Marine Institute said, “Isn’t it great – a new year, the days getting longer and two new series about the sea and those who live on the shores of Ireland on TG4. An Cósta Thiar with Áine NÍ Bhreasleáin, a series that we in the Marine Institute partook in, showing Áine the latest in marine research on her travels through Conamara. Iontais na bhFarraigí Ceilteacha with Eoin Warner another great new, native series on the marine wonders of the south and east coast. We will have a marine feast on TG4 on Wednesday!”