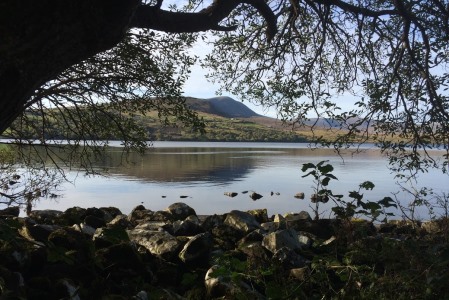 Climate change is rapidly warming lakes around the world, threatening freshwater supplies and ecosystems, according to a new study spanning six continents.

More than 60 scientists took part in the research, published in the journal Geophysical Research Letters and announced at the fall meeting of the American Geophysical Union, 16th December 2015.

The study found lakes are warming an average of 0.34 degrees Celsius, or 0.61 degrees Fahrenheit, each decade. That's greater than the warming rate of either the oceans or the atmosphere, and it can have profound effects, the scientists say.

At the current rate, algal blooms, which can ultimately rob water of oxygen, are projected to increase 20 percent in lakes over the next century. Algal blooms that are toxic to fish and animals would increase by five percent. These rates imply that emissions of methane, a greenhouse gas 25 times more powerful than carbon dioxide, will increase four percent over the next decade. 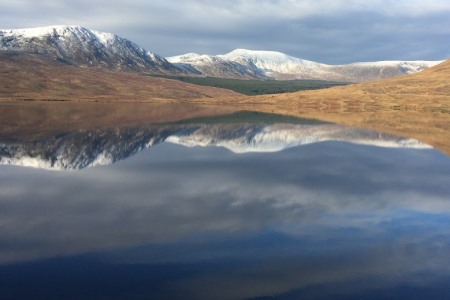 "Lakes are important because society depends on surface water for the vast majority of human uses," said co-author Stephanie Hampton, director of Washington State University's Center for Environmental Research, Education and Outreach. "Not just for drinking water, but manufacturing, for energy production, and for irrigation of our crops. Protein from freshwater fish is especially important in the developing world."

Temperature is one of the most fundamental and critical physical properties of water. It controls a host of other properties that include intricate living processes that have evolved within strict boundaries. When the temperature swings quickly and widely from the norm, life forms in a lake can change dramatically and even disappear.

"'These results suggest that large changes in our lakes are not only unavoidable, but are probably already happening," said lead author Catherine O'Reilly, associate professor of geology at Illinois State University. Earlier research by O'Reilly has seen declining productivity in lakes with rising temperatures.

Funded in part by NASA and the National Science Foundation, the study is the largest of its kind and the first to use a combination of long-term hand measurements and temperature measurements made from satellites, offsetting the shortcomings of each method.

Lough Feeagh, Co. Mayo was one of 235 lakes in the study that have been monitored for at least 25 years. While that's a fraction of the world's lakes, they contain more than half the world's freshwater supply. The Marine Institute measures the surface water temperature of Lough Feeagh as part of the long term ecological monitoring of the Burrishoole catchment. The Burrishoole research station is an internationally important index site for diadromous fish monitoring, and water temperature is a crucial variable controlling growth, migration and survival of salmon, trout and eel in the catchment. 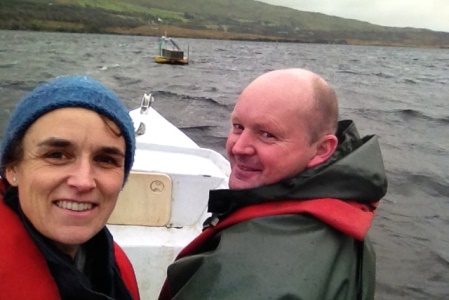 "The inclusion of data from Lough Feeagh in this study highlights the value of collecting local environmental long term data to inform global analyses" said Dr Elvira de Eyto, a biologist at the Marine Institute facility in Burrishoole and one of the studies co-authors. Dr Peter Heffernan, Marine institute CEO, added that "The sharing of such data with global scientific networks makes an important contribution to worldwide climate change analyses, and our understanding of how the warming climate will affect our valuable aquatic resources".

The surface water of Lough Feeagh has warmed at a rate of 0.35° C per decade between 1985-2009, although the rate of warming was lower than some other northern hemisphere lakes
"We want to be careful that we don't dismiss some of these lower rates of change," said Hampton. "In warmer lakes, those temperature changes can be really important. They can be just as important as a higher rate of change in a cooler lake."

The researchers said various climate factors are associated with the warming trend. In northern climates lakes are losing their ice cover earlier, and many areas of the world have less cloud cover, exposing their waters more to the sun's warming rays.

Many lake temperatures are rising faster than the average air temperatures. Some of the greatest warming is seen at northern latitudes, where rates can average 0.72 degrees Celsius, or 1.3 degrees Fahrenheit, per decade. Warm-water, tropical lakes may be seeing less dramatic temperature increases, but increased warming of these lakes can still have large negative impacts on fish. That can be particularly important in the African Great Lakes, home to one-fourth of the planet's freshwater supply and an important source of fish for food.

In general, the researchers write, "The pervasive and rapid warming observed here signals the urgent need to incorporate climate impacts into vulnerability assessments and adaptation efforts for lakes."

Links to the paper -