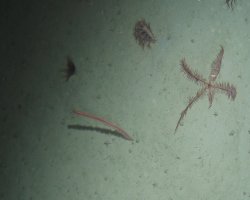 One of the most exciting developments of MESH will be the delivery of the MESH Guide to habitat mapping, a web-based interactive multimedia tool  that will take the reader, be they an expert mapper or interested lay-person, through the processes and decisions required to design, carryout and interpret a marine survey.  The Guide will be launched in August 2007 and will be available on the  MESH website.  Tools and applications to assist with all the processes of habitat mapping will be available for free download.  This part of the MESH project is being coordinated through the Marine Institute and incorporates contributions from all the MESH partners.
For further details visit the MESH website or contact Project Coordinator Jon Davies:jon.davies@jncc.gov.uk