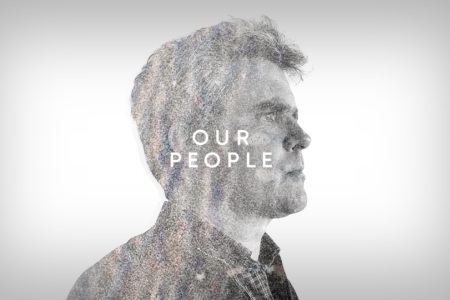 What is your current role at the Marine Institute and what's involved in your daily work?
I currently lead the oceanographic and climate services group in the Marine Institute. This is a nice mix of ocean observations, forecast models and climate projections for Irish waters. We try to harness all of the oceanographic data generated by the Marine Institute and other data providers to build a coherent picture of how the ocean around Ireland works and how it is changing over time. We make these products and services available to scientists within the Marine Institute and deliver them to other public sector bodies, universities and the private sector. The typical sectors we support are research, fisheries, aquaculture, environmental monitoring, ocean energy, search and rescue, shipping and tourism and leisure. We are starting to develop climate services to help government departments and local authorities adapt to marine climate change.

What did you study and why?
I started by studying Geography (mainly meteorology and climatology) at University College Dublin. During a two-year gap in my studies I worked on a superyacht in the south of France (for the fifth richest person in the world at the time!) which made me realise that I would like a job involving Geography and boats so I came up with oceanography as a good compromise between those two things. I then studied a Masters and PhD in Oceanography at National University of Ireland, Galway (NUI Galway). I had an interesting time explaining to my superyacht captain boss that I was trading-in life on the French Riviera for bouncing around Galway Bay in a small research boat in winter! Oceanography has taken me all over the world – the Arctic, Caribbean and Atlantic for research cruises and most other places to meet and collaborate with other oceanographers.
I worked as a Postdoctoral Researcher in NUI Galway after my studies before joining the Marine Institute in 2003. With the exception of a five-year career break trying to develop a European Ocean Observing System in Brussels, I have been here ever since.

What are you interests and passions?
I would spend time on or near the sea even if I wasn't an oceanographer. I really like to sail, both in small dinghies and bigger yachts. I also like to surf, though I spend more time in the water than on the water! I remain determined to catch a shed-load of mackerel from the pier at Rinville at some point! I have always been a keen soccer player and have the dubious honour of coaching my son's Under 11 soccer team (Maree Oranmore) which is inspiring and frustrating at the same time! I also sing in the Marine Choir which is going a good few years now, though not as exciting by Zoom!

What is the best thing about working in the Marine Institute? What do you enjoy most about your job?
I really like the diverse aspects of the job, that you can be out in a small boat one day working out things about the ocean and the next day be persuading policy makers that the ocean is important (and to continue to fund us!) I also love the fact that there are so many people from different disciplines working at the Marine Institute that we collaborate with. I didn't expect to know as much about fish, plankton, seabed maps, and data infrastructure as I do now, but I like to learn new things and the Marine Institute is a great environment for that. My colleagues reckon they will be able to help me make any computer code I write 1000% shorter than it is now given a further two decades of training and I think I'm up for the challenge!

What is something you think everyone should know about the ocean?
The ocean is complicated and vulnerable with huge possibilities in terms of people making a living from it and enjoying its wonder, if we take care of it. Informing the public about these things is probably the most important thing that we do at the Marine Institute and all of our staff can be ambassadors for the ocean.