The Marine Institute Lehanagh Pool site was established by the Marine Institute in 2017 and is located in Bertraghboy Bay, Connemara, Co. Galway. The site is 21.7 hectares, containing a moored grid with capacity for 6 x 50m circumference circular fish pens, with associated seaweed longlines and structures for the cultivation of shellfish. It is located about 1.5km from Wallace Pier in Cashel which is used to access the site. The site is primarily an integrated multi-trophic aquaculture (IMTA) research site but also performs a range of studies on the testing and validation of sensors, technologies and multi-functional environmental monitoring and management systems. In addition to the rearing structures, a data-buoy on site records environmental information and collects data from a number of sensors around the site. Routine environmental data collected from the site includes dissolved oxygen levels, water temperature, salinity, current speed and water quality. Future plans include developing the site into an important coastal monitoring station and data collection hub, measuring a variety of environmental parameters as indicators of long-term climate change and ecosystem health. 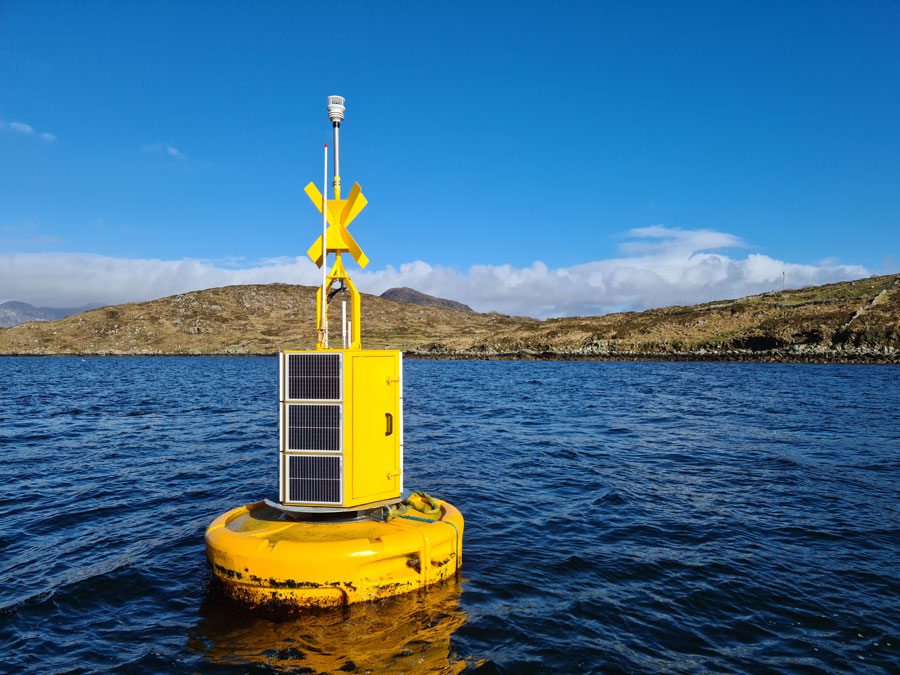 The Mobilis DB2000 currently deployed on site at Lehanagh Pool

Integrated Multi-Trophic Aquaculture (IMTA) is acknowledged as a promising approach for the sustainable development of EU aquaculture. In IMTA systems, species from different trophic levels are grown together which allows the by-products (organic and inorganic wastes) associated with fed species to be recaptured and used as nutrients for the growth of the lower trophic species (e.g. filter feeding bivalves and seaweed). The benefits of IMTA include improved environmental sustainability through waste reduction, product diversification and improved circularity. Currently IMTA remains at a very small scale and is primarily at the pilot/research level in Europe.

The species used at the Lehanagh Pool Marine Research Site include Atlantic salmon and lumpfish as the externally fed species. Low trophic species on site include the European lobster, molluscs such as King scallop and variegated scallop (also known as the cluisín) and echinoderm species such as sea urchins and sea cucumbers. Seaweed species such as winged kelp (Irish wakame) are also grown on longlines. 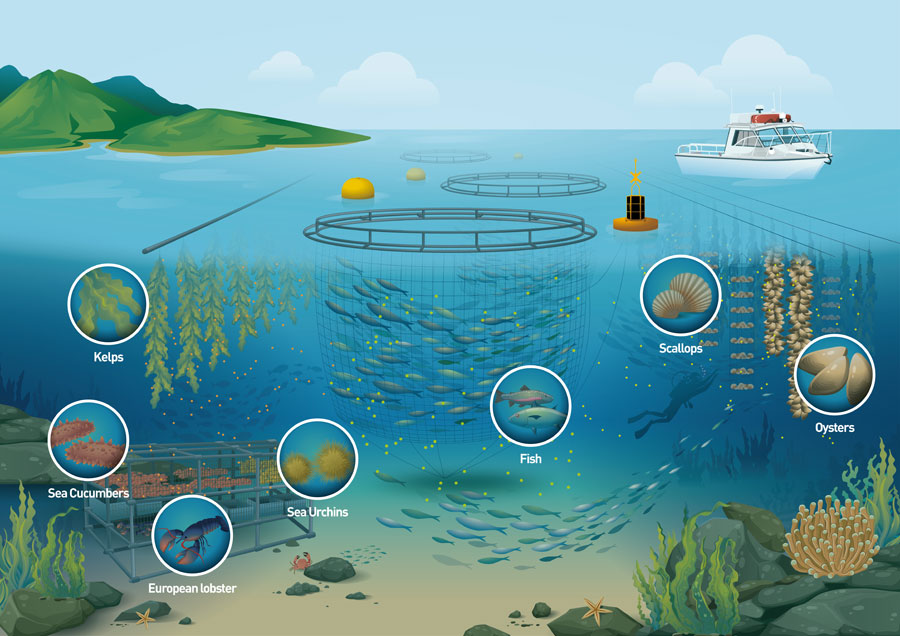 An illustration of the IMTA concept. 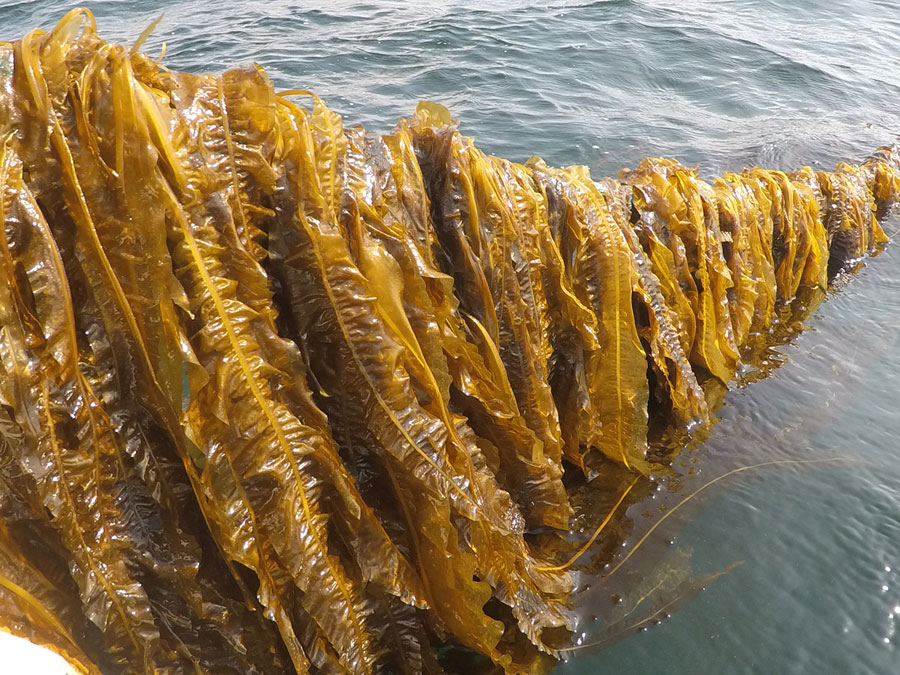 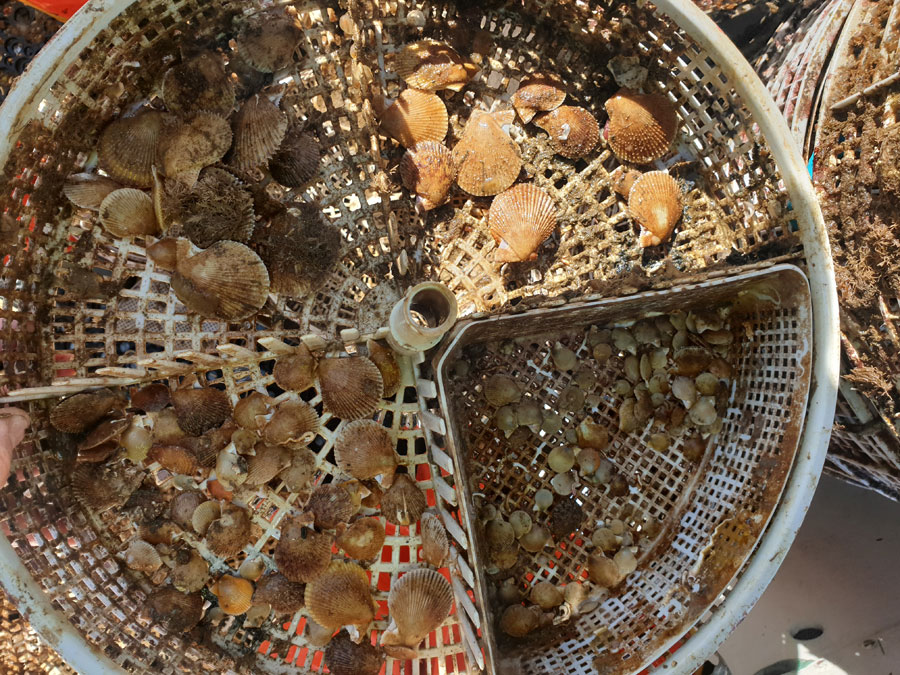 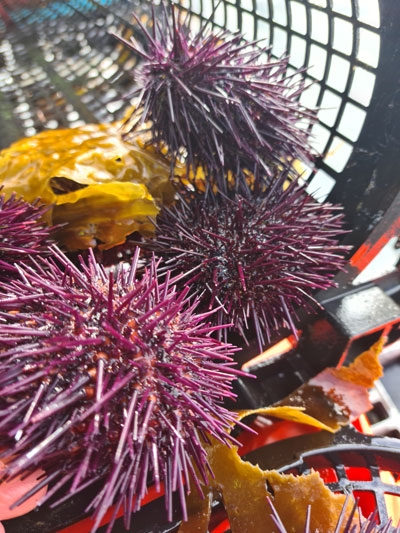 The research site currently supports a number of national and internationally funded projects including:

HYDROFish : Funded through the Disruptive Technologies Innovation Fund run by the Department of Business, Enterprise and Innovation administered by Enterprise Ireland, this project is investigating the use of fish protein hydrolysates (FPH) in the feed of Atlantic salmon. The use of FPH can reduce the reliance on fish meal in addition to the numerous health benefits associated with their use.

SalmsonSmolt : Funded through the EMFF Knowledge Gateway Scheme administered by BIM, this project utilises the recirculating aquaculture system at the MI Newport facility to produce larger Atlantic salmon smolts and monitor their performance following transfer to sea. Producing larger smolts will reduce the length of the marine phase of Atlantic salmon production.

IMPAQT : Funded by the EU Horizon2020 programme, this project is focussed on validating the concept of IMTA and developing low cost intelligent management systems for IMTA production.