The Marine Institute has developed and supported film and media productions that showcase Ireland's marine life and the value of our ocean.

The Marine Institute YouTube and Vimeo channels also host films and animations highlighting the work of the organisation. 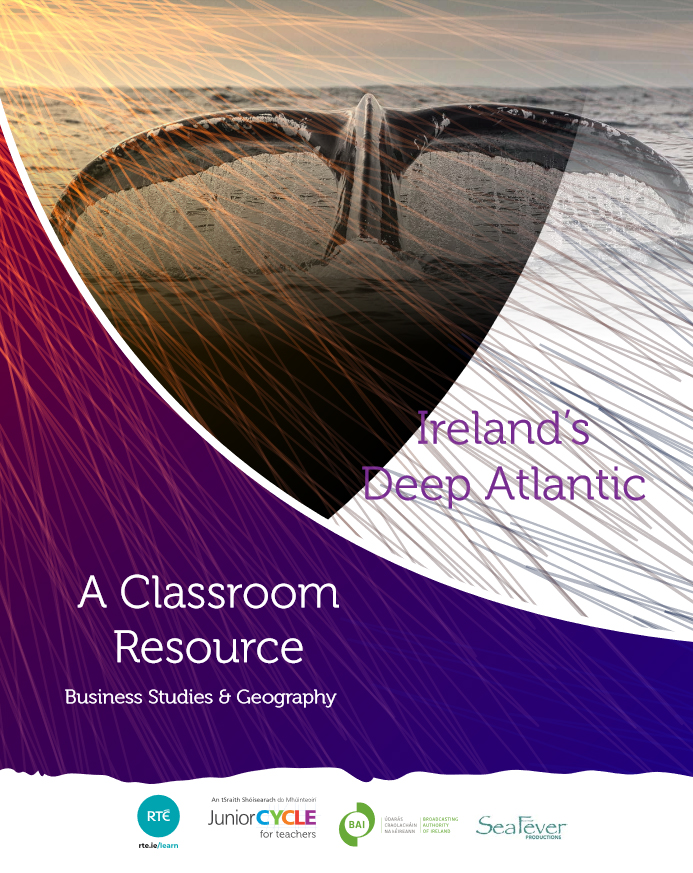 Ireland's Deep Atlantic, produced by Sea Fever Productions, sees filmmaker Ken O'Sullivan embark on a series of voyages in the North Atlantic in search of blue whales, sharks and deep-water coral reefs. Ken filmed part of the series on board the Marine Institute's RV Celtic Explorer and documented coral reefs at a depth of 3,000 metres using the Marine Institute's ROV Holland 1.

Ireland's Deep Atlantic features in online classroom resources for Junior Cycle students. Resources for Business Studies students include video clips of the RV Celtic Explorer and scientists, and the opportunity to learn about consumer behaviour and sustainable development, and the impact of economic growth on society and the environment. Geography students can learn about the Real Map of Ireland and the importance of Ireland's ocean territory. Students also learn about the exploitation of water, fish stocks, forestry and social and the relationships between the physical world, tourism and transport.

The online classroom resources are available from the RTE Learn website.

The production of Ireland's Deep Atlantic was supported by the Marine Institute, the Broadcasting Authority of Ireland and the Environmental Protection Agency.

Taoide
The three-part television series Taoide explores the power and mystery of the Earth's tide. Marine Institute scientist and Fisheries Liaison Team Leader, Macdara Ó Cuaig presented the Irish language version of the series which premiered on TG4 in 2019.

The programme was filmed across four continents and visited some of the world's most stunning locations, from beaches to marshlands, swamps to estuarine mud flats. Taoide features Omey Island, near Clifden in Co Galway, where horse races are held along the beach at low-tide in the summer. The crew also filmed out at sea with the Galway Hookers and on Fínis Island, Connemara. Ireland's first marine nature conservation reserve at Lough Hyne in West Cork also features in the series.

The project was funded by TG4, BBC Alba, BBC Northern Ireland and S4C along with Chinese production company LIC and the distribution company Sky Vision.

All three episodes of Taoide can be viewed on the TG4 Player.

Career Profiles
The Marine Institute has developed a series of animations highlighting the career profiles of our staff and the work undertaken by marine scientists.

Click on the links below to view these video animations.

Sea Strike
A novel animation by MaREI Centre for Marine and Renewable Energy reminds us of how we all enjoy the benefits from the ocean both socially and economically, directly and indirectly, and also provides a stark reminder that the ocean is not an infinite resource. The animation Sea Strike was made with support from the MaREI Centre for Marine and Renewable Energy and a Marine Institute Ocean Awareness Grant.

Click below to view the Sea Strike video from the Marine Institute Vimeo channel.

Click on the link below to watch The Longest River video on the Marine Institute YouTube channel.