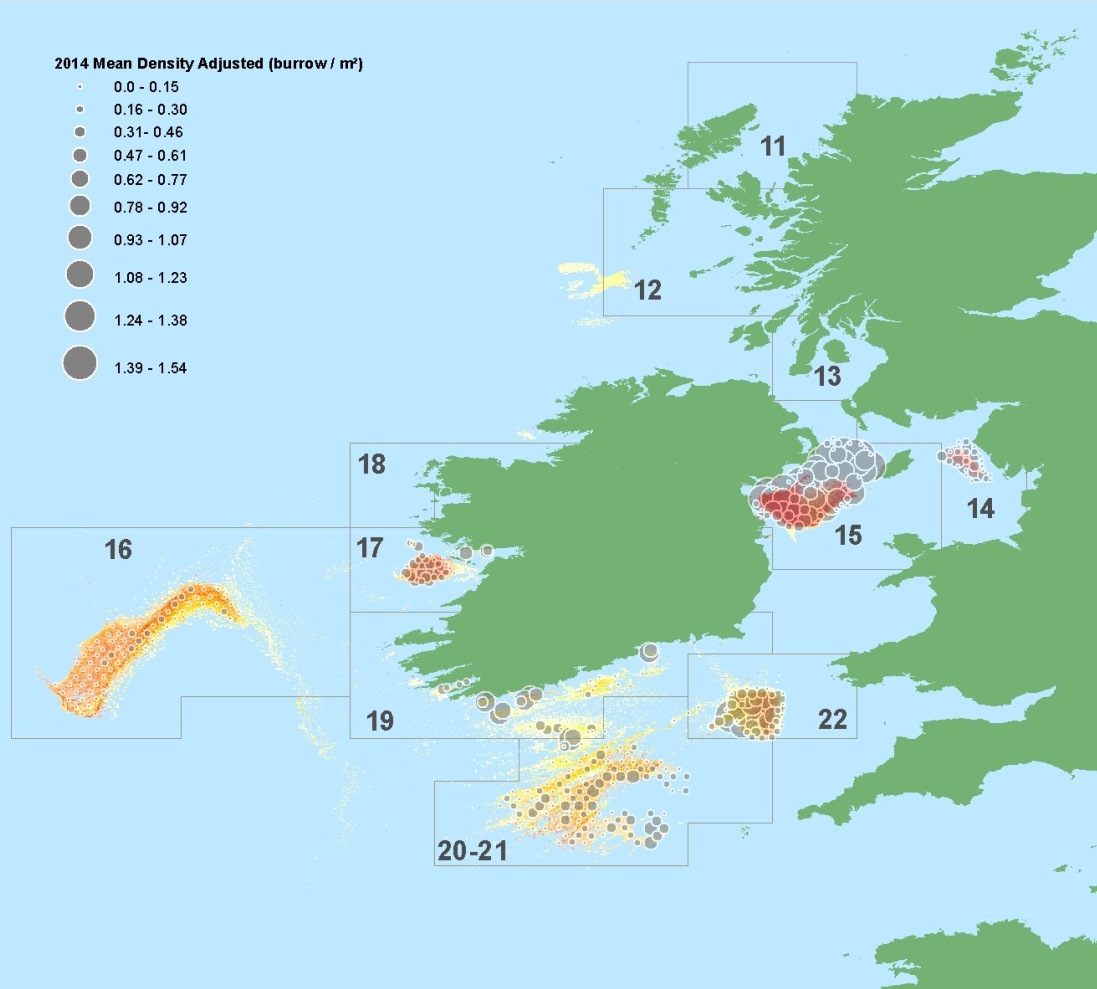 The Marine Institute and Bord Iascaigh Mhara convened an information meeting on the Aran Grounds Nephrops fishery and recent BIM gear trials at the Institute's headquarters in Oranmore recently (24th of February). The meeting was well attended with over thirty active skippers together with representatives from the IFPO, IS&WPO, IS&EPO and the KFO. Marine Institute port based and BIM gear technology personnel, as well as a Department of Agriculture, Food and Marine official were also in attendance.

Dr Paul Connolly, Director of Fisheries and Ecosystem Services at the Marine Institute opened the meeting by saying that "Nephrops are a key resource for Irish fishermen, as over the last five years the value of the landings at first sale has doubled to almost €50m in 2014. Sustaining the stocks and the quota is a key management priority for the industry and the Department." He also noted that it was positive to see scientists and so many active fishermen discussing issues together.

Dr Lordan highlighted that "the assessments indicate that the stock size has declined to the lowest in the time series in 2014. Although fishing effort in terms of number of boat and days fished on the Aran Grounds shows no long term trend since 1995, there has been an increase in both fishing power and efficiency with the increased uptake of quad rigs in the fishery".

According to Dr Lordan a combination of high landings and reduced recruitment has resulted in harvest rates in 2012-2013 being twice that recommended by ICES. He further advocated "national measures to reduce catches and effort in the short term in advance of the 2015 UWTV survey were required. This would demonstrate responsible management and give the best chance for increased stock size in June".