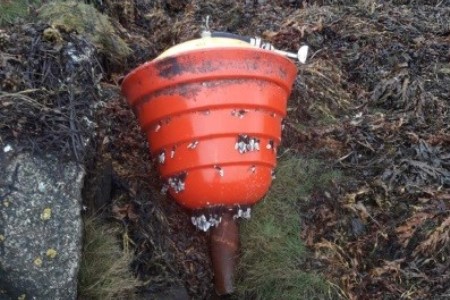 A research buoy approximately half a metre in diameter that drifted over 6,000 kilometres across the Beaufort Sea, Arctic Ocean and Atlantic was recently discovered on the west coast of Ireland in Lettermullen, Connemara, County Galway by the local Sea Scouts during an exploration of their local beach.

Michael Loftus, from Gasógaí Mara na Gaeltachta (Connemara Sea Scouts) leader explained that the sea scouts often find flotsam and jetsam washed up on the shore, which we can usually identify," however little did we know that this new find would uncover a world of discovery relating to the buoy being launched from an aircraft in the Arctic Ocean and travelling thousands of kilometres to land on the west coast of Ireland."

The Marine Institute, who work on a series of projects where autonomous instruments are deployed into the ocean for marine research, were contacted to help solve the mystery of where the red buoy came from.

"Although the buoy is not an Argo float that is typically used by the Institute as part of the national Argo float programme, we were delighted to help the Sea Scouts establish that the buoy is in fact an Airborne Expendable Ice Buoy, which came from as far away as the Beaufort Sea," explained Diarmuid Ó Conchubhair, Marine Institute. 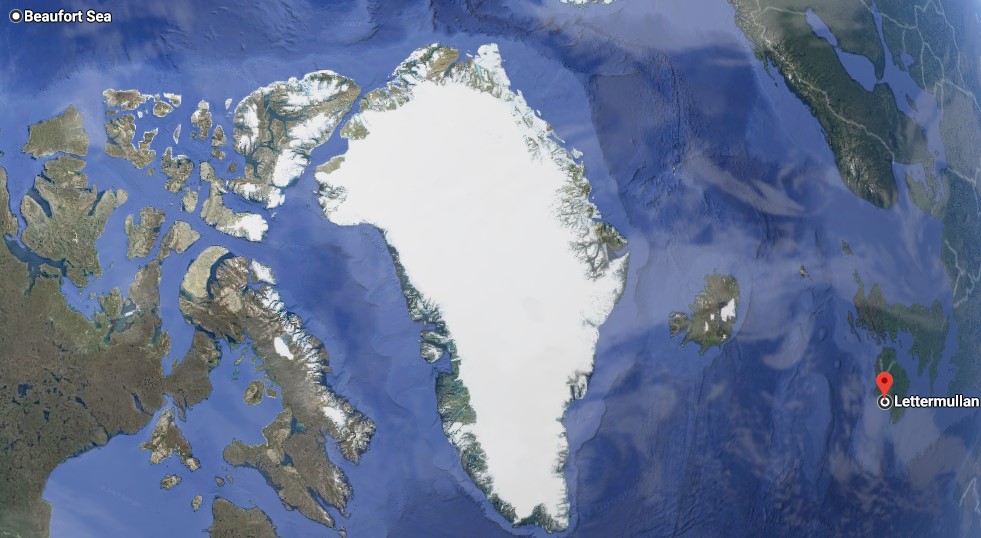 The International Arctic Buoy Programme, involves a number of different countries including Canada, China, France, Germany, Japan, Norway, Russia, and the United States. The programme maintains a network of drifting buoys in the Arctic Ocean that are used to monitor sea surface temperatures, ice concentration, and sea level and support weather forecasting. The buoys are also used for validating climate or earth system models which inform the Intergovernmental Panel on Climate Change (IPCC) reports.

Each buoy in this programme has an identification number that is used to track its location in the Arctic Ocean using a type of satellite communication system. "Using the number marked on this buoy (#4800512), we were able to establish that this particular buoy had been deployed by an aircraft over five years ago in the Beaufort Sea, north of the Yukon and Alaska, west of Canadian Arctic islands," said Diarmuid Ó Conchubhair, Marine Institute.

"Researchers involved in the International Arctic Buoy Programme decide where to deploy buoys, particularly where the status of sea-ice may be changing. Most of the buoys are placed on sea ice, but some are placed in open water in some of the most remote parts of the world's ocean, where it is difficult for research vessels to access" said Dr Eleanor O'Rourke, Oceanographic Services Manager at the Marine Institute.

The actual footage of the Airborne Expendable Ice Buoy found on the Connemara beach, being deployed from an US Coast Guard C-130 aircraft in 2012 can be seen online at http://iabp.apl.washington.edu/, where it shows the buoy opening its parachute for landing in the Arctic Ocean. 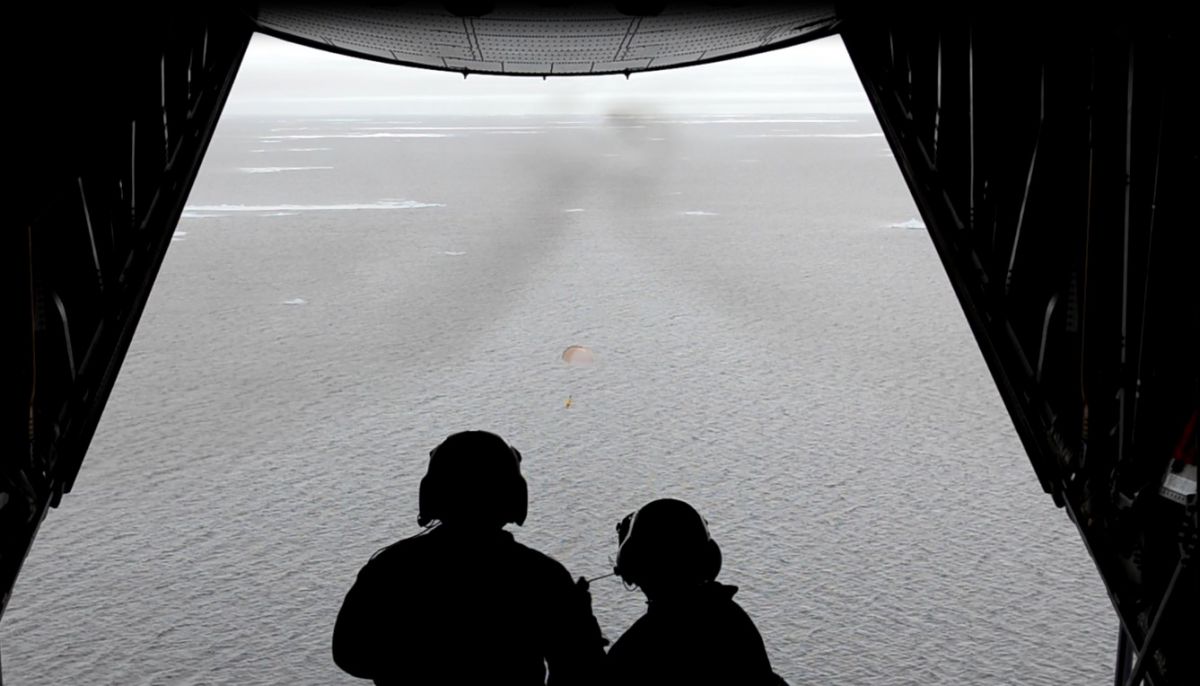 Airborne Expendable Ice Buoys have an average life-span of 18 months and approximately 25 to 40 buoys operate at any given time. "The buoy last reported its data in 2014 and it is likely that it ran out of battery power and spent the last 3-4 years at the sea surface travelling via wind and ocean surface currents," added Eleanor O'Rourke, Oceanographic Services Manager at the Marine Institute.

In 2007, Ireland became a member of the international ARGO programme, which uses robotic instruments known as autonomous Argo floats that report on subsurface ocean water properties such as temperature and salinity via satellite transmission to data centres. Using a fleet of ~4,000 autonomous floats around the world, the Argo array is an indispensable component of the Global Ocean Observing System (GOOS).

"Similar to the buoys used by the International Arctic Buoy Programme, Argo floats collect and distribute real time information on the temperature and salinity of the ocean. Argo floats; however, measure these variables from the upper 2,000m of the ocean and help to describe long-term trends in ocean parameters such as their physical and thermodynamic state" said Diarmuid Ó Conchubhair, Marine Institute and vice chair of the European Argo Programme.

This information is required to understand and monitor the role of the ocean in the Earth's climate system, in particular the heat and water balance. For more information about Ireland's involvement in the ARGO programme see: https://www.marine.ie/Home/site-area/areas-activity/oceanography/euro-argo. You can also track and look at data from Irish Argo floats at: http://www.digitalocean.ie/ 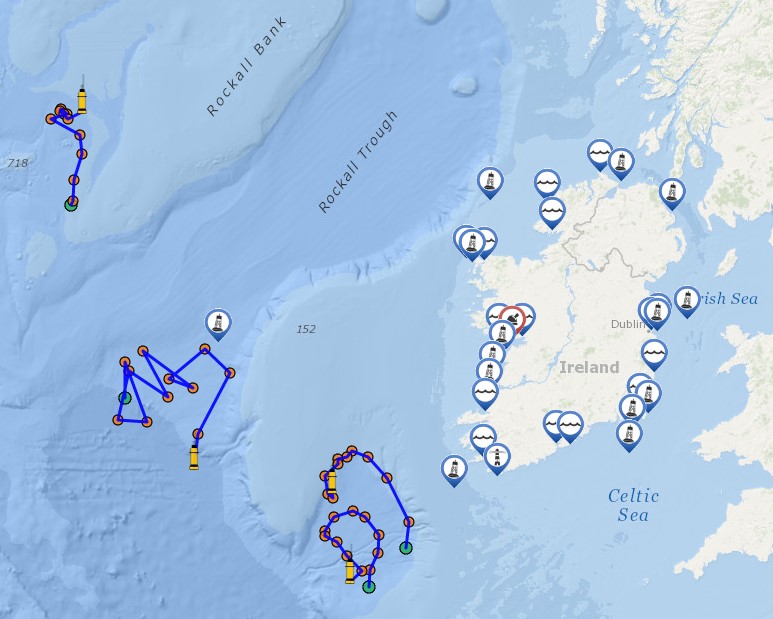