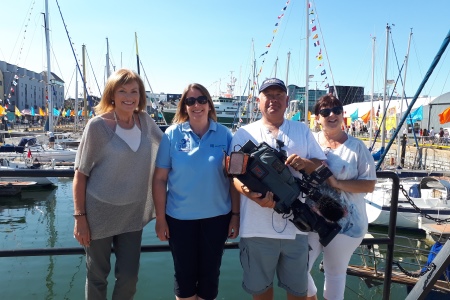 Presenter Mary Kennedy spent a couple of days in Galway Harbour, talking to some of the key figures involved in the festival and enjoying some of the activities and events on offer.

She interviewed famous wildlife cameraman Doug Allan, who has captured amazing footage on documentaries including Blue Planet, Frozen Planet and Ocean Giants. Doug was at SeaFest all weekend to give talks about his experiences filming in some of the wildest and most remote places on 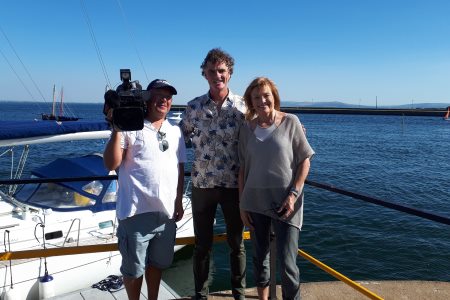 The programme will also feature an interview with Irish underwater cameraman Ken O'Sullivan. His documentary Ireland's Deep Atlantic on RTE captured the attention of the nation with groundbreaking footage of sea creatures in Irish waters.

Nationwide met with Dr Peter Heffernan, CEO of the Marine Institute, who spoke to them about the marine economy and Our Ocean Wealth Summit. He also talks about some of the technology innovations highlighted at the Marine Ireland Trade Show during the festival.

As always, SeaFest 2018 featured ships of all shapes and sizes and Mary Kennedy met with a couple of captains onboard - Tomás Conneely, Captain of super trawler Girl Stephanie and Lt Cdr David Fleming, Officer Commanding of the naval vessel LÉ William Butler Yeats.

SeaFest features on Nationwide this Wednesday (4 July) on RTE One at 7pm.