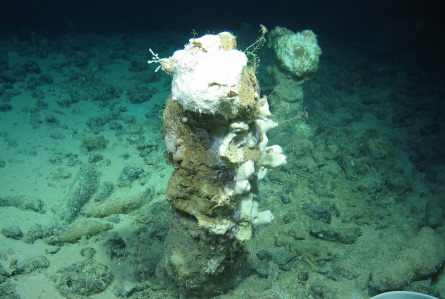 A team of scientists led by Dr Jens Carlsson, University College Dublin, onboard the national research vessel, RV Celtic Explorer discovered a field of carbonate chimneys supporting a range of deep-sea life during an expedition to research mud volcanoes in the Gulf of Cadiz.

The research cruise, Deep-Links, mapped the sea floor and used the Marine Institute's Remotely Operated Vehicle ROV Holland I to gather biological, geological and chemical samples at chemosynthetic mud volcanoes in the Gulf of Cadiz. The team included researchers from the National University Ireland Galway, Galway-Mayo Institute of Technology, the Geological Survey of Ireland, National Oceanography Centre (UK), Duke University (USA), the Marine Geology and Resources/Geological Survey of Spain and the Georg-August University of Göttingen (Germany).

Dr Carlsson said, "One the most surprising finds on the cruise was the presence of large fields of fallen carbonate chimneys. At first we thought these chimneys where old wood or bones from a whale. But as 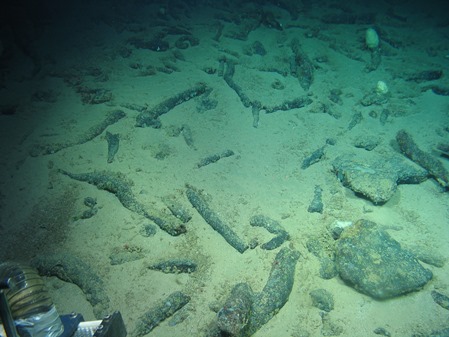 The scientists named the location 'Chimney Henge', because of the circular arrangement of the chimneys resembling the famous Stonehenge Neolithic monument in England. "The background of these chimneys is fascinating as they are caused as a side effect of chemosynthetic microorganisms that build up these chimneys over thousands of years of activity," said Dr Carlsson. The abundance of carbonate chimneys shows that there has been a long history of intense methane gas escape and mud eruptions supporting chemosynthetic life here for many thousands of years.

Mud volcanoes, while submerged, are similar to volcanoes on land, but instead of lava, they emit liquefied mud with methane and, the highly toxic, hydrogen sulphite. These volcanos have been found at depth down to 5000m can reach several hundreds of meters in height.

Despite the extreme environment, these volcanoes host life - life forms that are very different to the ones we are used to. Instead of using the energy from the sun, like plants do, life on a mud volcano is chemosynthetic. Dr Carlsson explains, "This means that rather than using sunlight for energy, chemosynthetic microorganisms feed on methane and the deadly toxic hydrogen sulphite, and if the sun were to go black, life at the mud volcano would go on. These microorganisms are then eaten by other animals like deep-water snails, shrimp and sea cucumbers among others. They in turn are eaten by other organisms including fish and crabs that might end up on our dinner table. However, some animals like mussels, clams and tubeworms even harbour these chemosynthetic microorganisms inside their bodies and get all the energy they need from this symbiotic relationship." 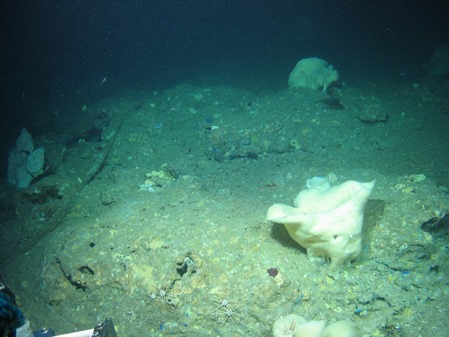 The team aboard the RV Celtic Explorer deployed the ROV Holland I to survey three mud volcanoes, Hesperides, Anastasia and Gazul, in the Gulf of Cadiz. The ROV spent a considerable time on the sea floor at depths ranging from 1200 to 400m sending live video feeds back to the vessel and sampling the biology, geology and chemistry of the chemosynthetic ecosystems and animals living around them including samples of the mud to samples of the water column. The team returned to Galway with over 300 samples and 100 hours of ROV Video. The samples are now stored in the Marine Institute's room sized freezer for a range of analyses including, chemistry, genetics and atomic composition of animals, sediments and water.

The Deep-Links expedition is supported by the Marine Institute, funded under the Marine Research Programme 2014-2020 by the Irish Government. 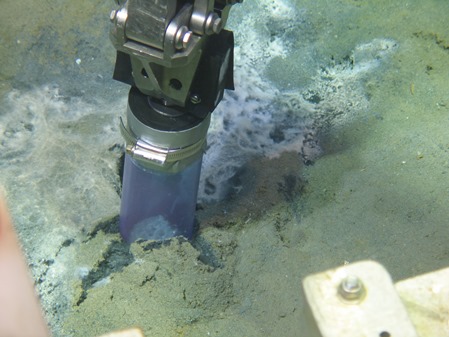 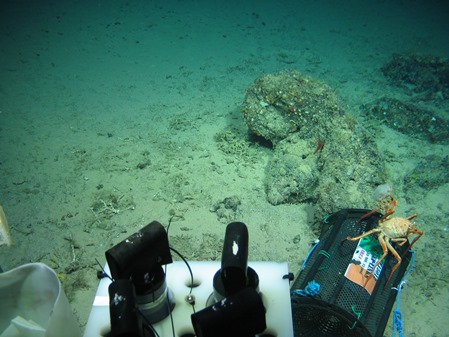