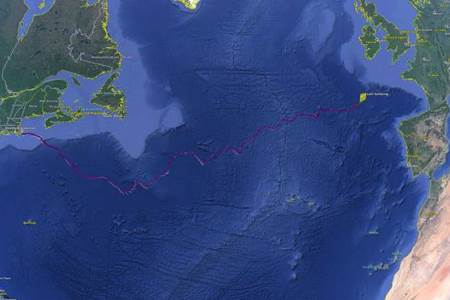 The Marine Institute's remotely operated vehicle and glider support team of P&O Maritime, assisted Teledyne Webb Research USA, with the recovery of their autonomous deep sea glider called SILBO, off Baltimore, Co. Cork recently (9th March 2017). Deployed from Falmouth, Massachusetts in April 2016, the glider was sent on a mission to cross the North Atlantic with little human assistance to gather data from the ocean.

As part of the global Challenger glider mission was endorsed by UNESCO in 2015, SILBO is one of sixteen gliders undertaking 128,000 km of coordinated surveys around the five global ocean basins. Gliders look like torpedoes but that is where the similarities end. Without propellers or an engine, gliders instead rely on a movable internal ballast and external moveable fins to move across the ocean. They contain large battery packs to power the movement of the fins and change the internal ballast, these batteries also power the glider sensor payload for ocean monitoring. Each glider will fly a designated 6000 – 8000km leg following an ocean gyre, which is a large system of circular ocean currents formed by global wind patterns and forces created by the Earth's rotation.

The ocean covers 71 percent of the Earth's surface and controls the Earth's water cycle, including parameters such as rainfall and drought which affect us on land. The ocean stores and transports heat which controls weather and regulates climate as well as producing half of the oxygen we breathe and yet, 95% of our ocean remains unexplored.

"Gliders like SILBO are equipped with a variety of sensors that enable scientists to monitor the ocean temperature, salinity, currents and other ocean conditions as well as offering a picture of places in the ocean that tradit 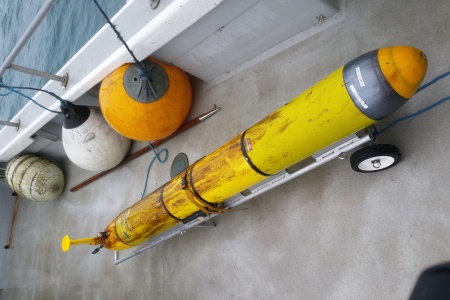 ional satellites and research vessels may not be able to. By contributing real-time data to a global portal, deep-sea gliders enable marine scientists to mutually benefit by creating a better assessment and understanding of the ocean and evaluating the ocean environment,"explained Aodhan Fitzgerald, RV operations manager at the Marine Institute.

Gliders like SILBO have the ability to go where it is impractical to send people. They can travel major distances over long periods of time, moving both horizontally and vertically through the ocean, continually gathering data as they transverse the ocean. Gliders are programmed to surface at designated times throughout their mission allowing them to transmit the data they have collected to shore while at the same time downloading new mission instructions. This two-way communications ability allows gliders to continually gather information about the most important and diverse regions of our ocean basins 24/7.

The Marine Institute is currently developing its capacity to use gliders as they are an important tool for marine scientists to study and map the dynamic features of the ocean. "With the opportunity to learn more about deep-sea glider capabilities, SILBO will be used for a training session led by Teledyne Webb Research at the Marine Institute's facilities in Galway. This will involve Irish and International glider technicians learning how to overhaul the glider and prepare it for its next mission before it is re-deployed from Irish shores to complete further mission transects for this global initiative," said Aodhan Fitzgerald.