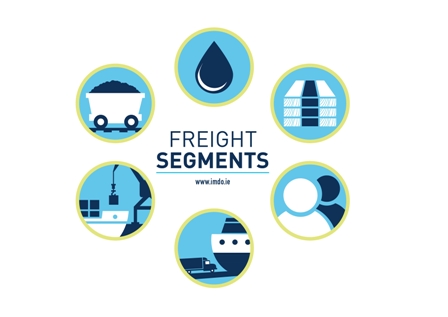 The volume of port and shipping traffic through the Republic of Ireland declined in the second quarter of 2012 according to the latest figures released today (Wednesday 22nd August 2012) by the Irish Maritime Development Office (IMDO).

The latest analysis of the traffic data indicates that only one of the five principal freight segments had any growth over the second quarter while all other freight segments declined compared to the same period last year.

Roll-on/roll-off (ro/ro) traffic declined in the Republic of Ireland by 4% in Quarter 2. The majority of Ro/Ro freight from Ireland is destined for Great Britain. The UK economy contracted between April and June with marked declines in its construction and manufacturing sectors. The first six months of 2012, shows that Ro/ro traffic declined by 3%.

Dry bulk volumes through Irish ports fell 6% during the second quarter of 2012 and by 3% for the first six months of 2012 with a notable fall in coal imports and aggregates, however other significant products in this sector such as animal feed and other agricultural products continued to perform well.

Liquid bulk volumes of tanker based petroleum products increased by 28% in the second quarter. This increase was primarily as a result of large volumes of crude oil being transshipped at Bantry Harbours oil storage facilities. Excluding Bantry, volumes would have seen a decline of 8% in Quarter 2, which more accurately reflects domestic demand for petroleum products.

Break bulk volumes were down by -3%

Break bulk volumes continued to decline into Quarter 2, by 3 per cent with no rise in demand for construction related materials, such as timber, steel or cement. Looking at the traffic data to mid-year shows that for the first six months break bulk traffic declined by 7%.

The outlook for the remainder of the year is flat with no significant uplift in volume demand on the key trades expected. The continued economic uncertainty globally is also having an adverse impact on International shipping markets with several leading shipping lines downgrading their volume forecasts for 2012. Manufacturing orders across Europe also show little signs of imminent improvement as the euro zone's debt crisis threatens some of Europe’s major economies. Going forward two other caveats also need to be taken into account, firstly the weakness of the euro against most major currencies could provide some positive advantages for Irish exporting companies over the coming months, however oil prices remain at historically high levels and any further price rises are likely to have a negative impact on both transportation and production costs.