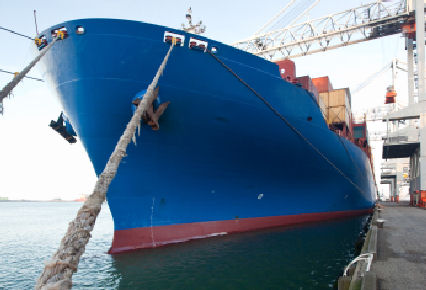 Employment in the International Shipping Services sector in Ireland grew by 10% last year according to recent analysis published by the Irish Maritime Development Office (IMDO).  The information is based on companies that have elected to join the dedicated Irish Tonnage Tax scheme, a measure introduced in the 2002 Finance Act to help secure the future of the Irish shipping sector.

In 2010 five new companies elected  to join the scheme contributing to the overall increase of 44% in the number of vessels covered by Tonnage Tax. Direct employment has risen from 314 to 346 people at these companies as a result of this initiative.

Commenting on the data, IMDO Director Glenn Murphy said “The results are a positive indication that, after long periods of decline for the industry, policy support measures have encouraged investment which has led to growth and new employment. We are optimistic that direct employment in the high value professional shipping services sector could double over the next five years leading to further investment and job creation opportunities.”

The majority of Irish based ship-owning firms operating within the Irish Tonnage Tax scheme are not dependant solely on the Irish economy for their core day-to-day revenue streams but are instead employed in the international shipping markets. The global shipping business had total charter trading transactions in 2010 estimated at $450 billion dollars. Shipping markets generally continued to be quite volatile last year with most sectors still recovering from large charter earnings declines over the previous 12 months. Overall Irish firms were quite resilient in their ability to compete last year.

The growth in this sector in Ireland has been driven both by established Irish shipping companies such as Arklow Shipping and the Mainport Group, by inward investment by foreign groups such as D’Amico and in 2010 by Ardmore Shipping a new inward investment company headquartered in Cork and backed by a large US private equity firm.  Since the beginning of 2011 several firms have already announced further fleet expansion and investment programs with other new candidates expected to join the scheme this year.