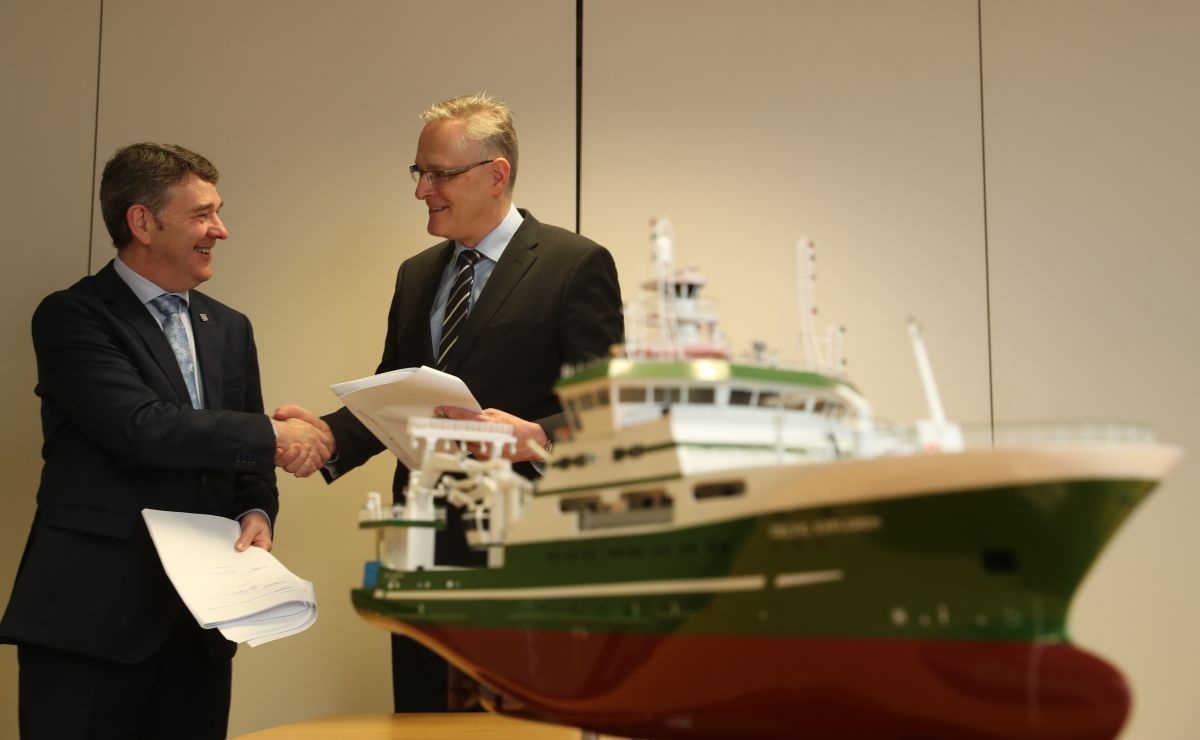 Supporting the Government's national integrated marine plan, Harnessing Our Ocean Wealth, as well as the national Marine Research and Innovation Strategy, the new 50m research vessel will form a critical part of the States maritime infrastructure. It will replace the RV Celtic Voyager and will be a sister ship to Ireland's largest research vessel, the 65m RV Celtic Explorer.

The new vessel will support Ireland in addressing some of the research challenges of Brexit and the Common Fisheries Policy, as well as climate induced impacts on our oceans. It will facilitate service demands under the European Maritime Fund including the conservation, management and rebuilding of fish stocks and long-term sustainable harvesting of marine biological resources.

According to Minister for Agriculture Food & Marine, Michael Creed TD:

"There are many challenges posed and threats in relation to our oceans and research is an intrinsic part of formulating a sustainable approach to the use, understanding and management of our oceans. The funding of the new vessel demonstrates the Government's commitment to expanding and strengthening marine science in Ireland to ensure our nation is equipped with the best scientific advice possible to enable a strong negotiating position and to maximise economic opportunities in a sustainable manner".

"The Institute is on track and on budget with the design of the new vessel, which will provide critical national infrastructure and marks a major milestone in the Marine Institute's efforts to provide world-class marine science. The significantly enhanced capabilities of the new research vessel will help researchers, educators, students and the public gain a richer understanding of our ocean and will facilitate exploration that will lead to discoveries that stretch the bounds of our imagination.

"This significant investment in the nation's scientific research recognises the Marine Institute's quarter-century of leadership in the field of oceanography and its long-standing and fruitful collaborations with partner institutions. The new vessel will enable us all to more efficiently explore, collaborate, and conduct global ocean research" added Dr Heffernan. 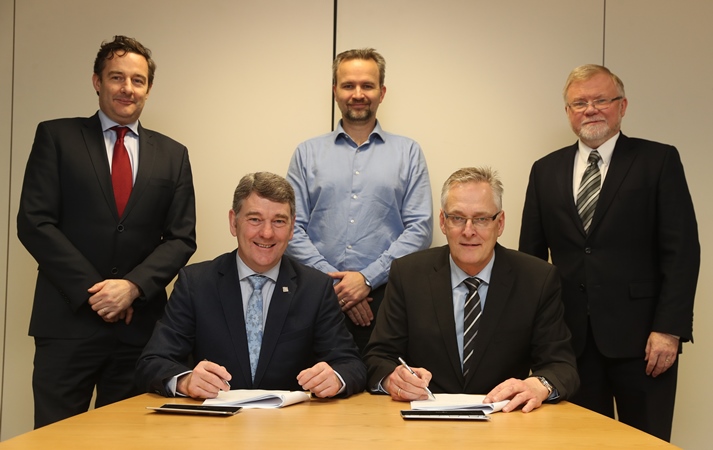 Based in Galway, the vessel will be used by the Marine Institute and other State agencies and universities to undertake fisheries research, oceanographic and environmental research and surveys, as well as student training. It will enable us to continue building on our achievements as world leaders in seabed mapping. It will also allow for continued transatlantic surveys with international partners through AORA (Atlantic Ocean Research Alliance), as well as EU funded survey programmes obtained through Horizon2020.

The Norwegian ship designers Skipsteknisk AS are specialists in the design of highly advanced ships and are recognised internationally as leading designers in the research, fishing and offshore sectors.

"The new research vessel will be 50m long and will feature state-of-the-art technologies enabling a wide range of work including ocean monitoring, fish stock assessment and seabed surveying.

This new vessel will be a silent research vessel, and will be designed to meet the stringent criteria of the ICES 209 noise standard for fisheries research. In addition, the vessel will be designed to operate in the harsh conditions encountered in the NE Atlantic and will be able to spend 21 days at sea. It will also support the remotely operated vehicle (ROV) and autonomous underwater vehicle operations, which enable the exploration of our deep ocean down to 3,000m".

Once the design phase is complete, the next phase in this three-year project funded by the Department of Agriculture, Food and Marine, is to tender for a shipyard to construct the vessel. This is expected to be complete by year end, with delivery of the new vessel expected early 2022.

Ireland's Marine Research Vessels
The new vessel will be a sister ship to the State's largest research ship, the 65m RV Celtic Explorer and will replace the RV Celtic Voyager. The Marine Institute's RV Celtic Voyager is Ireland's first purpose built research vessel. It has been utilised heavily since its delivery 21 years ago and has been vital in providing marine scientists, researchers and its crew members, with many years of valued experience at sea, expanding and strengthening marine science in Ireland to help inform decisions affecting our ocean.

The RV Celtic Explorer, also designed by Skipsteknisk AS, came into service in 2003. It has been fundamental in the progress of marine science at a national and international level over the past decade. It has provided Ireland with the leverage to obtain significant EU funding for ocean research.

Our marine research has resulted in some major discoveries in Irish waters to date including the discovery of cold-water corals along Ireland's continental shelf, hydrothermal vents in the mid-Atlantic, and the recent discovery of a very rare and large deep water shark nursery off the West coast of Ireland. It has enabled valuable research on the effects of climate change through the Irish led GO-Ship transatlantic oceanographic survey as well as facilitating the largest seabed mapping programmes in the world.