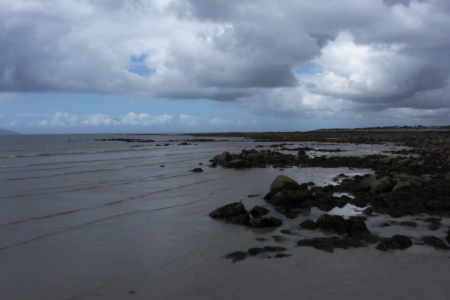 30 July 2020 - Over the past 10 weeks, the Marine Institute and partners have been celebrating our seas through our Oceans of Learning series, by offering news, online activities and resources on a range of marine topics. More than 130 resources are now available on the Marine Institute's website, enabling everyone to engage with our ocean from anywhere.

Each week our Oceans of Learning series has offered videos, interactive activities and downloadable resources exploring Ireland's marine resource - from the food provided by our ocean, our rich marine biodiversity, changing ocean climate, ports and shipping, coastal communities as well as the impact the ocean has on our health and wellbeing. The series also included an exclusive Irish interview with broadcaster Pat Kenny and Kathy Sullivan - the first person to ever experience travelling to both deep space and the oceans deep. The interview was broadcast live on the Institute's Facebook, Twitter and YouTube Channels.

Dr Paul Connolly, CEO of the Marine Institute said, "Throughout our Oceans of Leaning series we have seen how the ocean has an impact on our lives every day. From providing food, transport and employment to the influence it has on our climate and weather, as well as our health and wellbeing. By raising awareness of the opportunities and benefits provided by our ocean, we can inspire a new generation to safeguard and harness this valuable marine resource."

Acknowledging the support from partners, Dr Connolly said, "Thanks to the many partners who were involved in our Oceans of Learning series, providing resources and sharing information about the importance of our marine resource. In a challenging time, Ireland's marine sector came together virtually to celebrate our world's shared ocean with the people of Ireland."

A #SeaToMe social competition was also held as part of the Oceans of Learning series, asking people across Ireland to share what the sea means to them for the chance to win weekly prizes. More than 700 entries were received, with people sharing photos of their favourite places along the Irish coast and activities along the shore, as well as artworks and poems inspired by the sea.