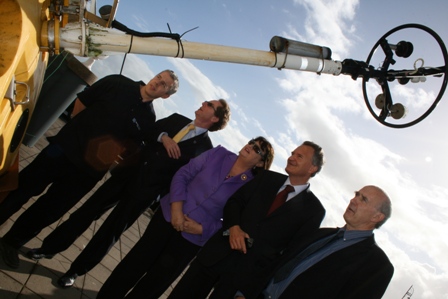 Thousands of visitors attended the ‘Sea2Sky” European Researchers Night held in  Salthill, Galway today (Friday 28th September 2012), a celebration of the natural physical world from the marine through the atmosphere and into space.

Máire Geoghegan-Quinn, European Commissioner for Research, Innovation and Science, officially opened the event in Galway which was organised by NUI Galway in collaboration with the Marine Institute, Galway Atlantaquaria, and CIT Blackrock Castle Observatory in Cork.

She said,"The Sea2Sky event, organised as part of European Researchers Night, is all about discovering science in a fun way and raising interest in research careers among young people. Around 350 cities, from Akureyri in Iceland to Nicosia in Cyprus, will take part in the event. We need more researchers in Europe, and I hope that students will take inspiration from the victory of Ireland's Mark James Kelly and Eric Doyle, who won first prize in the European Contest for Young Scientists earlier this week."

A variety of interactive stands at Galway Bay Hotel highlighted the work of the Marine Institute and Ireland’s rich and diverse marine ecosystem.

“The success of the Sea2Sky event has provided a great opportunity for the wider community to engage with scientists and researchers at a local level in Galway and learn about Ireland’s marine resource which is ten times the size of its land mass,” said Dr Peter Heffernan, CEO of the Marine Institute.

“The excitement and enthusiasm, particularly among the many students that visited the exhibition today, was very tangible. Indeed some of them may well be inspired to go on to make major scientific discoveries in their future careers or become entrepreneurs that will tap into the huge potential of Ireland’s ocean wealth.

Celebrating marine science and research the Marine Institute greeted visitors with some of Ireland’s most impressive marine science, technology and equipment: 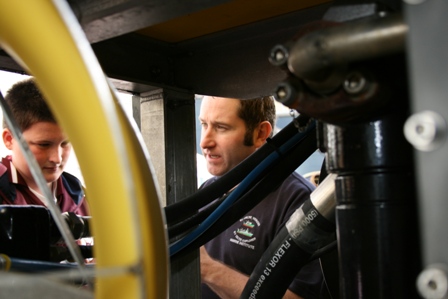 The Remotely Operated Vehicle Holland 1 has been used in exciting surveys such as the discovery of a field of hydrothermal vents along the Mid-Atlantic Ridge last year, as well as recent surveys closer to home including the Whittard Canyons along the Continental Shelf. 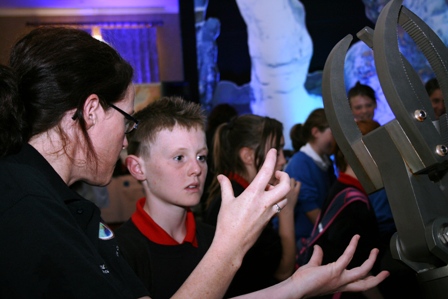 The Research Vessel’s Operations team also show cased more of the ground breaking work involving the RV Celtic Explorer and the RV Celtic Voyager, as well as the specialised equipment used with the ROV Holland 1. 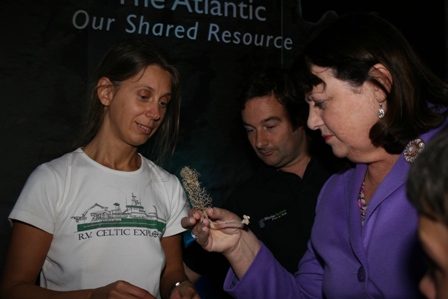 Amazing samples and film footage of life and land under the sea at depths of 3000m was shown, including cold water corals along the continental shelf to the newly discovered hydrothermal vents along the mid-Atlantic ridge.  Some of this footage will be in the up and coming National Geographic series “Alien Deep – Its Alive” which is to air on 28th October on the National Geographic Channel.
Design by Adaptive Theme