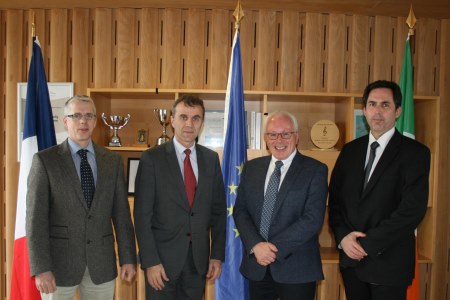 Dr Paul Connolly outlined the work of the Marine Institute's marine research vessels, and the design for a new state-of-the-art marine research vessel for Ireland is underway. The Ambassador also viewed a series of artwork and watercolour illustrations produced as part of BlueFish marine science project, which links art and science to demystify the concept of climate change in coasta communities. Thomas Furey demonstrated how the INFOMAR Augmented Reality Sandbox is used to explain the concept of seabed mapping to children and adults at public events.