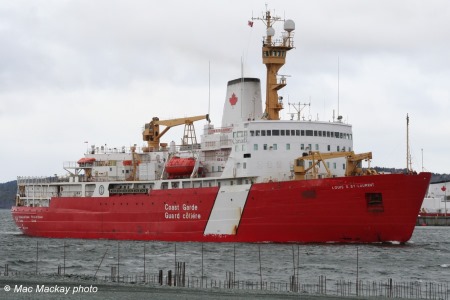 a Scotia - The Honourable Gail Shea, Canada's Minister of Fisheries and Oceans; Kathryn Sullivan, U.S. Undersecretary of Commerce for Oceans and Atmosphere and NOAA Administrator; and Simon Coveney, Irish Minister for Agriculture, Food and the Marine issued the following statement welcoming this second project under the Galway Statement:

Members from Fisheries and Oceans Canada's Canadian Hydrographic Service, the United States' National Oceanic and Atmospheric Administration (NOAA), INFOMAR (the Marine Institute of Ireland and Geological Survey of Ireland), and the Fisheries and Marine Institute of Memorial University will use deep-water multi-beam echo sounder technology to create high resolution images of the seabed and gather information on the physical characteristics of the seafloor, such as depth, hardness, and sediment cover, while also acquiring valuable oceanographic data. The project, in keeping with the spirit of the Galway Statement, will further our understanding of the Atlantic Ocean's dynamic environment through collaboration and shared resources.

By pooling our intellectual capital, resources, and by working together on research and monitoring programs, we can make long-lasting advances in understanding the ocean we share. The information collected by our scientific team will contribute to the sustainable management of Atlantic Ocean resources, a more comprehensive suite of maps of the seabed floor and an increased understanding of this complex ecosystem."