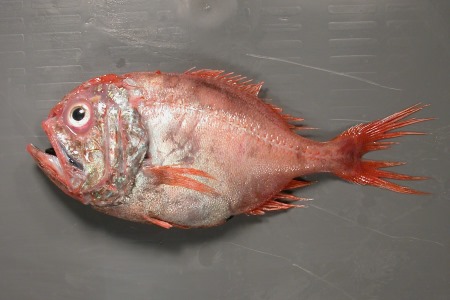 The Marine Institute's annual Irish Anglerfish and Megrim Survey extended the depth of its survey area to 1,500m this year to obtain additional information on selected deep-water marine species.

Every year, scientists on board the Marine Institute's RV Celtic Explorer monitor the abundance and distribution of anglerfish and megrim off the coast of Ireland and Scotland. Normally, the survey fishes in waters up to 1,000m but this year three extra days were added to explore depths up to 1,500m.

The reason for fishing in deeper water is to monitor the recovery of exploited deep-water species following the decline of deep-water fisheries in Irish waters.

Many deep-water marine species such as the orange roughy, Portuguese dogfish and leafscale gulper shark began to be exploited in the early 1990s. By the end of the decade, these species had already declined strongly in abundance. These species were mainly sold in French and Spanish markets for their meat and, the sharks, for their oil-rich livers. The International Council for the Exploration of the Seas (ICES) has advised a zero catch for orange roughy since 2004 and for Portuguese dogfish and leafscale gulper shark since 2005.

Hans Gerritsen, fisheries scientist at the Marine Institute, said: "Many of these deep-sea marine species are quite rare and it will take a number of years to detect any trends in their abundance. These surveys provide an opportunity to assess the current status and future development of these species, to assist in the sustainable management and protection of Ireland's deep-sea marine species." 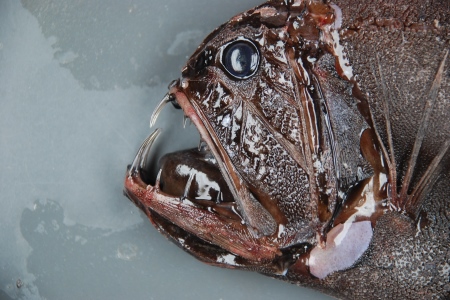 The survey caught 17 Portuguese dogfish in 11 hours of fishing, which is approximately twice the catch rate compared with similar surveys from 2006 to 2009. This year's survey also caught 222 leafscale gulper sharks, which is 10 times more than any previous survey.

However, as the catch numbers are relatively low, it is impossible to tell if these increases are due to chance or these shark species have increased in abundance. The catch rate of roundnose grenadiers (another commercially exploited deep water species) was similar to previous surveys.

Any population recovery in long-lived shark populations will be slow. The Marine Institute is monitoring their status carefully, under the EU's Marine Strategy Framework Directive, and OSPAR's obligations on Protected Species and Habitats.

The survey is funded by the Irish Government and the European Maritime Fisheries Fund to promote good fisheries and aquaculture management and to protect biodiversity in marine habitats.