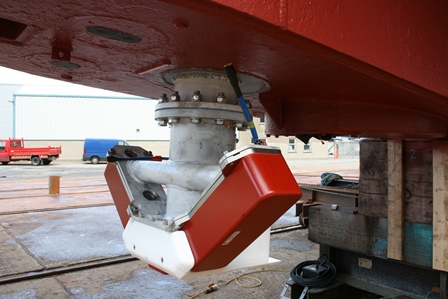 will allow a new level of detail of seabed features to be captured during mapping surveys.

It will greatly increase the capability of the vessel to acquire seabed bathymetry data as part of the INFOMAR seabed mapping program and other projects.

The new EM2040 system was successfully installed onboard the RV Celtic Voyager during a recent dry docking in Killybegs, Co. Donegal. The EM2040 system which was purchased from Kongsberg Maritime was installed on the vessel at the Department of Marine shipyard in Killybegs by P&O Maritime with the assistance of Mooney Boats of Killybegs. This system replaces an older system which has been in use since 2000.