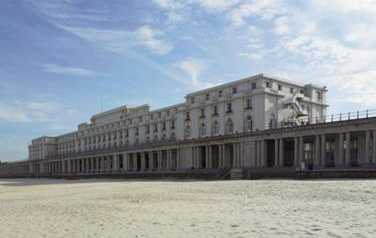 Irish marine researchers (including SMEs) are invited to comment and / or give input to future European Marine Research Strategy via the draft Ostend Declaration.

Express your support and comment on the Draft Ostend Declaration athttp://www.eurocean2010.eu/declaration. Replies to Conference Organisers: deadline 4th October 2010 – not the Marine Institute.

The EurOCEAN 2010 Ostend Declaration will be a key deliverable of the Belgian-EU Presidency EurOCEAN 2010 Conference (Ostend 12th – 13th October). The Ostend Declaration, following the success of the Galway Declaration (2004) and the Aberdeen Declaration (2007), is intended to highlight the importance of marine and maritime science and technology for our economies and societies and to identify the high level governance structures, support mechanisms and research infrastructures necessary to ensure that critical research challenges in the next decade are properly addressed at national and European level.

In consultation with key European marine and maritime science stakeholder organisations and networks, a drafting group has prepared a draft Ostend Declaration which will be open for consultation until 4th October 2010. The Declaration aims to raise the profile of marine science and technology in Europe and needs your support.

The draft Ostend Declaration will be presented and discussed for approval at the EurOCEAN 2010 Conference on 12th – 13th  October 2010 (www.eurocean2010.eu) which will be attended by Commissioner Damanaki (DG MARE) and Commissioner Geoghegan-Quinn (DG Research).