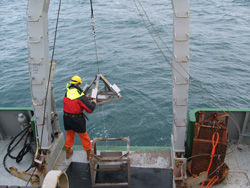 The tables below outline the survey activities that will take place over the next two months. For further information on the surveys please contact Francis O’ Beirn at the Marine Institute, phone 091 387 200 or email francis.obeirn@marine.ie