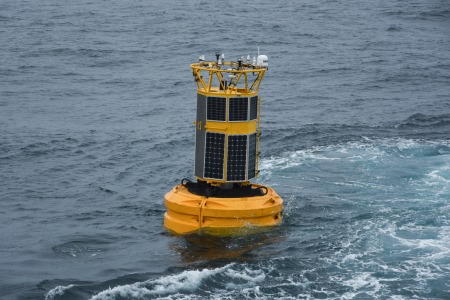 The Irish Marine Data Buoy Observation Network (IMDBON) has provided crucial data for weather forecasting and safety at sea for the past 20 years. The network of five offshore weather observing marine buoys aroun 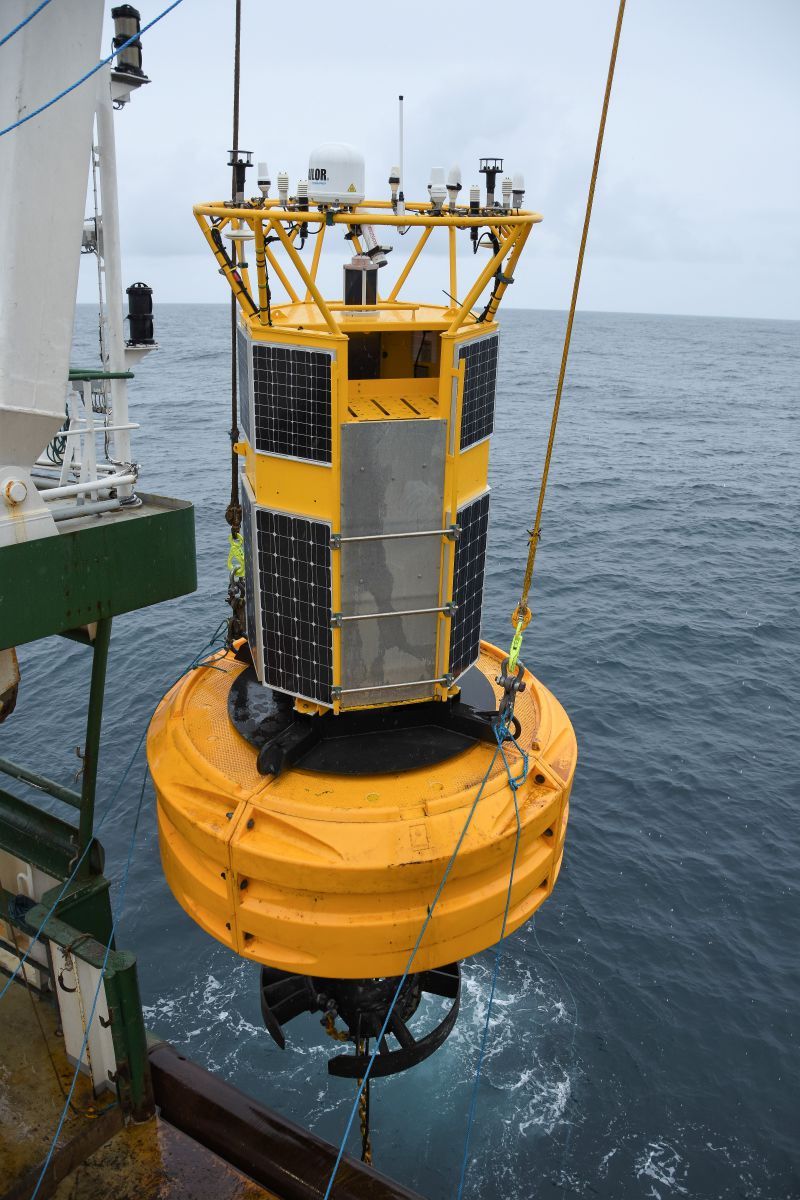 d Ireland is managed by the Marine Institute in collaboration with Met Éireann and funded by the Department of Agriculture, Food and the Marine.

Since 2001, the IMDBON has been reporting hourly weather measurements of air temperature, humidity, atmospheric pressure, wind speed and direction as well sea surface temperature, wave height and wave period. The data from the network is processed and shared through Met Éireann's international networks, the Global Transmission System (GTS), used in its forecasting systems, and quality controlled for climatological purposes. The data buoys record valuable weather and marine observations from locations, which would have otherwise limited data coverage, and this information assists fishermen, mariners, emergency services and the public. Scientists also use the information provided by data buoys to conduct climate change research to understand how our weather patterns are changing.

The first data buoy was launched on November 6th 2000 at the M1 station, approximately 50 nautical miles west of Galway Bay. The project originated as a successful collaboration between Met Éireann, the Marine Institute, the UK Met Office and the Department of Transport, Tourism and Sport.

"The Irish Marine Data Buoy Observation Network provides real-time updates on the weather and sea conditions around our coasts and supports ever more accurate and timely forecasts of extreme weather events. This essential infrastructure is making a difference in the protection of life, property and coastal communities and in all our seafaring activities," Eoin Moran, Director of Met Éireann said. "On the 20th anniversary of the buoy network we would like to thank the experts at the Marine Institute and Met Éireann, who pioneered development of this strategic network in the late 1990s. We also thank our dedicated colleagues who continue to support and improve this critical national resource," he added. 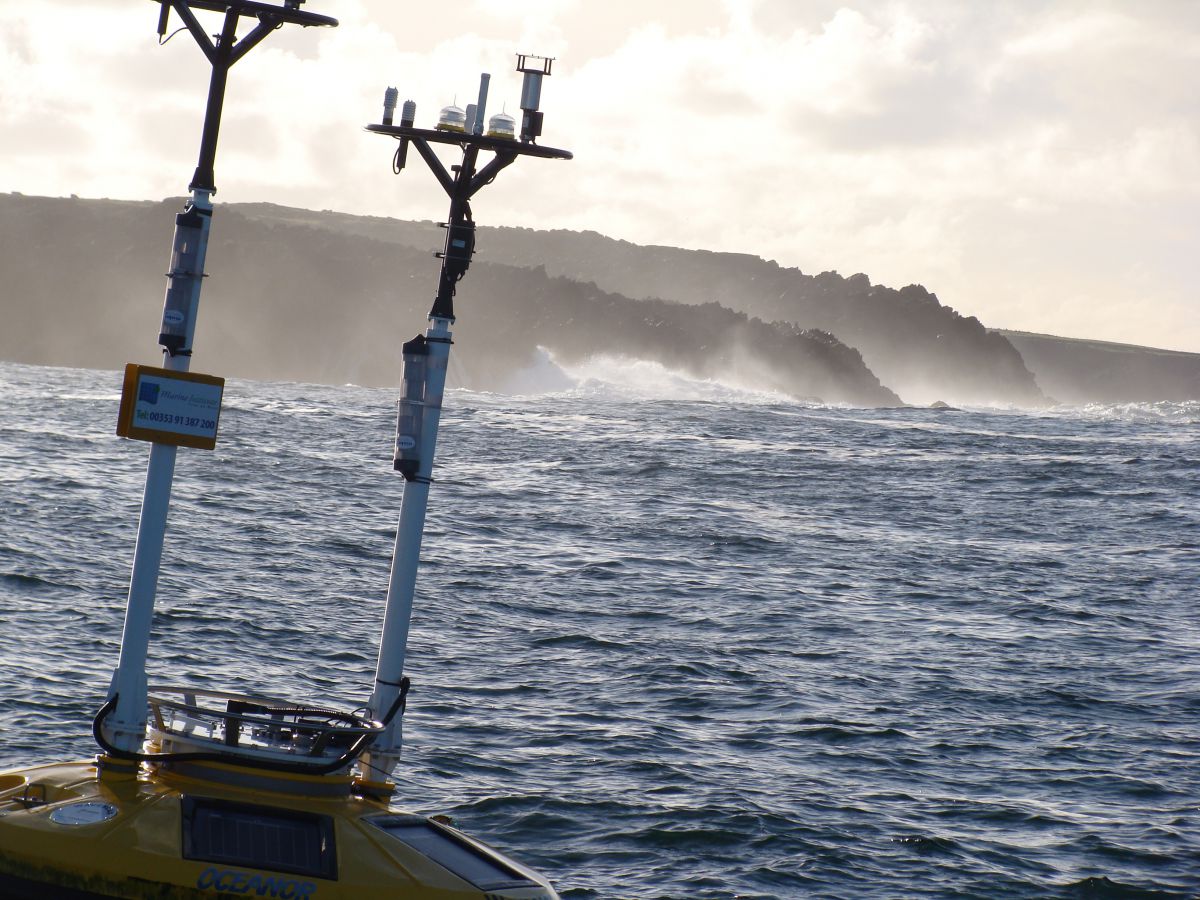 The observations from IMDBON are also used as an invaluable input to Met Éireann's weather forecasts, as was the case during ex-hurricane Ophelia in 2017. The M3 buoy located off the coast of Cork and Kerry, directly in-line with the oncoming storm, relayed its observations of wind veer and thus was irreplaceable in identifying the system's position before it reached our coast. During ex-hurricane Ophelia in 2017, waves were recorded to a maximum height of 17.8 meters by the M5 buoy off the southeast coast.

In 2014, the M4 buoy located 75km off the northwest coast of Ireland recorded the largest recorded wave in Irish waters, measuring a maximum height of 23.4 meters (from wave trough to crest).

The most westerly buoy, M6, located hundreds of kilometres to the west of Ireland is one of four European sentinel synoptic weather buoys that directly provides strategically important data to support forecasting services throughout Europe. The IMDBON network serves as an integral part of Met Éireann's Sea Area Forecast.

The Marine Institute's marine research vessels the RV Celtic Voyager and the RV Celtic Explorer have largely been used to maintain and deploy data buoys since 2001, with assistance from various private operators 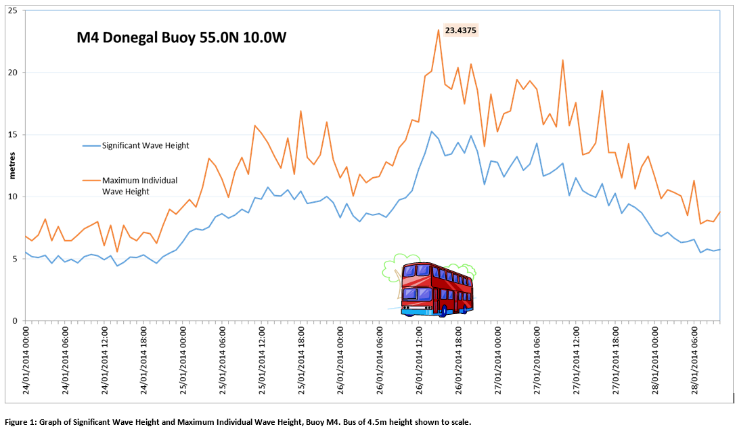 and the Commissioners for Irish Lights' vessel ILV Granuaile. Over the past 20 years the data buoys have been upgraded from the original UK Met Office designed ODAS buoys, to buoys in 2011 (which added capability of measuring maximum individual wave height and direction), to the modern fleet of custom designed JFC Marine based buoys in 2020 that carry a Marine Institute designed and developed instrumentation and communications payload. All the systems have used satellite communications to transmit data to shore due to their distance from land. 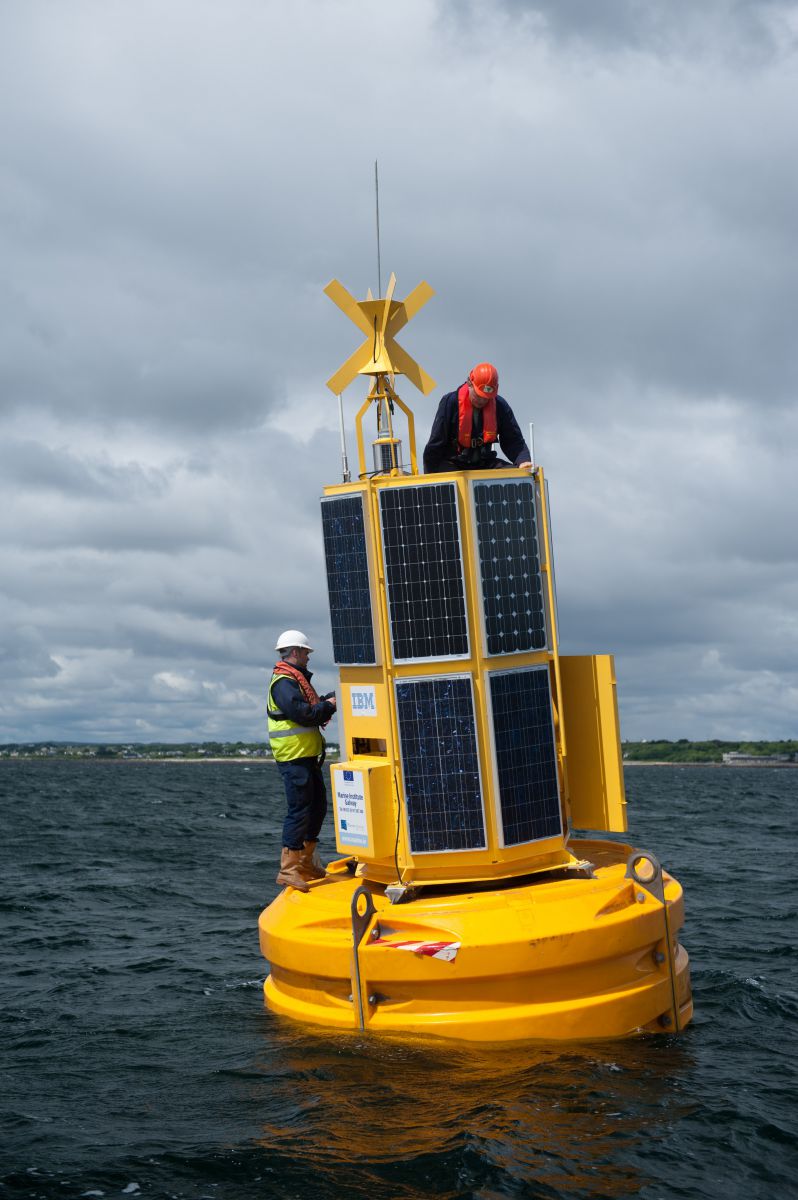 illooly, Director of Ocean Climate and Information Services at the Marine Institute said, "Our collaboration with Met Éireann on the Irish Marine Data Buoy Observation Network has been vital to Ireland's weather forecasting and oceanographic observation systems. The network has also enhanced our research in forecasting ocean and climate change, so we can provide better essential national services through observing and projecting regional and local impacts."

The mooring at M6, stretching down from the ocean surface to an anchor in the deep Rockall Trough, is over 3,500m. At this site, a string of instruments is also deployed that have oceanographic sensors along its length measuring salinity, temperature and currents over the upper 1,000m. Subtle changes in the deep ocean measured at this important location are used by scientists to understand how the ocean dynamics are responding to increasing global temperatures and climate change.

In 2016, building on the wealth of experience gained through the years, the Marine Institute supported by P&O Maritime Services, commenced research into new data buoy designs and technologies. Ongoing support from the Department of Agriculture, Food and the Marine together with a research infrastructure grant from Science Foundation Ireland (18/RI/5731) enabled the network to be upgraded with a new generation of buoys with new sensor systems, replacing technology that had been in use since 2008. These new data buoys, weighing in excess of 5 tonnes and over 6 metres high, record oceanographic parameters in addition to the traditional meteorological measurements.

History of the Data Buoys

In 2001, the Marine Institute used an ODAS type buoy for the network, which was robust and proved to be well capable of handling the hostile conditions of the north eastern Atlantic Ocean. This type of buoy used Inmarsat satellites to send its observations messages to the UK and onwards on the GTS, which allowed all meteorological services globally immediate access to these important observations. The ODAS buoys were fitted with dual sensors for most parameters and used a cup anemometer and vane for wind measurements. The heave sensor fitted in the ODAS buoy for measuring wave data proved to be a very reliable instrument with high levels of return of data.

In 2010, a new Fugro Oceanor type of buoy was introduced into the network, as new spares became impossible to source for the older system. This type of buoy had the added capability of measuring maximum individual waves, had two separate masts, and used Iridium Satellites to communicate observational data. The first Fugro Oceanor buoy was placed at M3 station during 2009. After a substantial testing period the buoy was introduced into service on Feb 23rd 2011 at the M2 Station. More FUGRO buoys were deployed at M3, M4 and M5 during 2011/2012, however M6 station continued with an ODAS type buoy until June 2019. Data from the FUGRO buoys (via Iridium satellites) was routed through Met Éireann for onward transmission onto the GTS. The FUGRO buoys experienced a few challenges mainly with power supplies, on deployment in the harsh North Atlantic environment. Although the buoys were fitted with a radar reflector, the buoys were struck occasionally by vessels instigating a re-think, eventually rendering them out of service. As Ireland is located at a latitude of over fifty degrees above the equator, the resulting low angle of the sun during the depths of winter reduced the Fugro Oceanor buoy platform capacity to present sufficient solar power area due to the low hull design. The solar panels were also frequently contaminated with algae and seaweed which also exasperated the problem and regular visits to clean the panels became necessary.