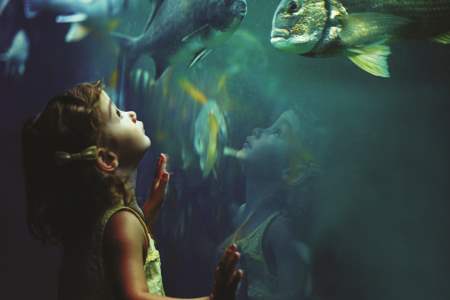 6 May 2021: The Irish public believe more action needs to be taken to improve the health of the ocean, according to results from Ireland's first Ocean Citizen Survey.

More than 1,000 people across the island of Ireland completed the Ocean Citizen Survey in 2020 and shared their views on current marine issues and priorities for the protection of the marine environment. The online survey was developed by the Marine Institute and the European Commission to encourage the people of Ireland to contribute to the EU Mission for Healthy Oceans, Seas, Coastal and Inland Waters.

"The Irish public care strongly about the ocean and are important stakeholders in planning for its future," said Dr Niall McDonough, Director of Policy, Innovation and Research Support at the Marine Institute. "It is valuable to have a current understanding of the Irish public's perceptions and concerns which can be used to inform future research activities associated with these initiatives and policy developments in Ireland, and in Europe."

The survey also asked the public which 15 marine environmental issues they were most concerned about, and 'pollution at the coast or in the sea' was the issue that was most frequently selected amongst the top three. From 14 suggested climate change and marine policy issues, the policy area that was selected the most frequently by the respondents amongst their top three for prioritisation by the European Union was 'regulating the production, use and disposal of plastic to reduce marine plastic pollution'.

Survey results also indicate that 67% of respondents strongly agreed that economic growth and job generation can be supported by the ocean, seas and inland waters.

Outputs from the Ocean Citizen Survey will be used to inform the preparation of the next National Marine Research and Innovation Strategy, which will commence later this year. Citizen participation is also an important component of the forthcoming Horizon Europe Framework Programme, spanning 2021 to 2027. The information from this survey will feed into the further planning of the Mission on Healthy Oceans, Seas, Inland and Coastal Waters.

Dr McDonough added, "Citizens are crucial to the design and accomplishment of the EU Mission in helping to set objectives and targets and ensuring that missions like this one, make a real difference in everybody's lives."

The full report from Ireland's Ocean Citizen Survey can be viewed online at http://hdl.handle.net/10793/1684

Dr Niall McDonough, Director of Policy, Innovation and Research Support at the Marine Institute is available for interview.