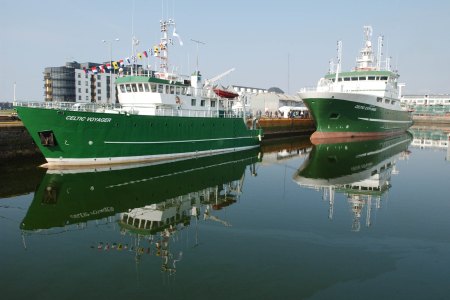 25th May 2022: Oceans of Learning, a collaboration between the Marine Institute and Government departments and organisations across Ireland, this week focuses on Ireland's national marine research vessels, the Celtic Voyager and Celtic Explorer.

The RV Celtic Voyager came into service in 1997 as Ireland's first custom-built multi-purpose research vessel. Her purpose was to facilitate the sustainable development of the country's vast marine resource.

Dr Paul Connolly, CEO of the Marine Institute said, "The Celtic Voyager and Celtic Explorer have been central to the Marine Institute's work and research, enabling us as a nation to engage in high quality marine science and to actively contribute to international research programmes.

"The new national marine research vessel, RV Tom Crean, comes into service in 2022, replacing the Celtic Voyager. As we look forward to a bright future with the Tom Crean and Celtic Explorer, we take a moment to appreciate the legacy of the Celtic Voyager. The vessel has served us well over the past quarter of a century, providing marine scientists, researchers and crew members with many years of experience at sea, and enabling us to deepen our ocean knowledge."

The RV Celtic Voyager replaced the 21 metre RV Lough Beltra, which had originally been a fishing trawler. Upgrading to a 31 metre research vessel was the beginning of a new era in marine science in Ireland, as the Marine Institute was able to provide a purpose built platform that could operate further out in Ireland's ocean territory.

The research vessel has played an essential role in fisheries scientific research, and a vital role in seabed mapping in Irish waters, as part of the INFOMAR programme. More than 200 shipwrecks around the coast of Ireland including the RMS Lusitania, have been mapped by the Celtic Voyager. In 2007, the survey of Galway Bay revealed for the first time a detailed seafloor and geology of the bay, confirming the location of the Galway Bay Fault.

Over close to 25 years, the Celtic Voyager has completed more than 600 surveys, enabled more than 5,000 science days and sailed in excess of 400,000 miles. 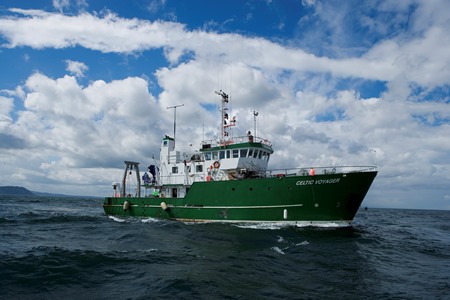 The 65 metre RV Celtic Explorer is designed for fisheries acoustic research, oceanographic, hydrographic and geological investigations as well as buoy/deep water mooring and ROV (Remotely Operated Vehicle) Operations. The vessel has a maximum endurance of 35 days offshore and can accommodate up to 35 personnel, including 20-22 scientists.

Expeditions on the RV Celtic Explorer in Irish and international waters have resulted in many exciting discoveries - from deep-water shark nurseries, cold-water coral reefs, to hydrothermal vents fields in the mid-Atlantic.

As part of Oceans of Learning, the Marine Institute's Voyages video series profiles the people whose work is intertwined with Ireland's national research vessels. Voyages shares insights into the people behind the science of our seas – Dr Louise Allcock, Professor of Zoology at NUI Galway, and David O'Sullivan, INFOMAR Programme at the Marine Institute – modern explorers on a voyage of discovery to safeguard the ocean and our future.

The Oceans of Learning series on marine.ie offers online interactive activities, videos and downloadable resources all about our ocean. A #SeaToMe social competition will encourage people across Ireland to share what the sea means to them for the chance to win weekly prizes.