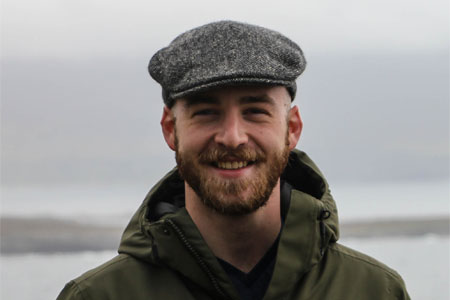 What is your area of research?
Taking into consideration that Ireland is an island nation, this research is designed to tailor the definition of a 'coastal region' to an Irish context and build a socioeconomic profile of such coastal areas. Approximately 40% of Ireland's population live within five kilometres of the coastline, but when considering a European classification, essentially the entire island - barring one central region - is defined as a coastal zone.

I evaluated the population's socioeconomic factors at varying spatial scales, ranging from local electoral districts around the coastline to a broader NUTS 3 European scale and compare these characteristics against national statistics. Such socioeconomic classification is valuable from a national aspect, as it addresses and supports many of the National Policy Objectives from Ireland's National Planning Framework 2040.

Furthermore, the compilation of such data is and will hopefully be valuable when addressing European Union integrated marine policies and in developing the successor plan to Harnessing Our Ocean Wealth, or in the implementation of the EU Maritime Spatial Planning Framework. This research has built on previous work in this area, but used an updated coastal classification system. This was done by using GIS to link electoral districts to more recently available transitional and coastal waters boundary definitions to generate our coastal shoreline economy area. Using this spatial scale, the coastal economy statistics for multiple policy uses can be generated.

Why is your research important to Ireland's marine sector?
This research is designed to increase knowledge about the Irish Ocean and Coastal Economy, and to inform policy-makers about how their decisions concerning the marine environment will impact Ireland's coastal populations at an economic level. The research sought to quantify the regional and rural distribution of marine businesses in Ireland and relate it to the surrounding communities, as these impacts are relatively unknown. Additionally, the figures produced were included in the latest Ireland's Ocean Economy report published by the Socio-Economic Marine Research Unit (SEMRU), NUI Galway. The data of the geographical distribution of marine business that I helped put together as part of my analysis has also been used in a number of forthcoming policy documents such as the National Marine Planning Framework and the Galway County Development Plan.

What has been the benefit of being part of the Marine Institute's Cullen Scholarship Programme?
I am very grateful for the chance to work with such a well-organised and highly provisional workplace such as the Marine Institute. Throughout the programme I have had access to all the resources and knowledge that I needed to complete my research and contribute to the wealth of knowledge in this area.

What have been some of the memorable experiences during your Cullen Scholarship?
It has been very challenging, and very rewarding, to have the chance to appropriately use all the software packages associated with the analysis of Ireland's Ocean and Coastal Economies. While I had some experience using Geographic Information System (GIS) mapping and statistical software in the past, the requirements for this fellowship pushed me to expand my skills in mapping and analysis. Also, while the amount of background reading that is required to have an adequate knowledge of past works and methodologies can be tedious, it has ultimately given me an appreciation for my current work and provides context and relevance.

The Cullen Scholarship Programme has provided grant aid to the value of €3 million supporting 31 PhD and three MSc students from 2014 to 2020. The research addresses a number of the 15 research themes identified in the National Marine Research & Innovation Strategy 2017-2021. This scheme is funded by the Marine Institute under the Marine Research Programme with the support of the Irish Government.