To celebrate International Day of Women and Girls in Science, the Marine Institute is highlighting the many brilliant women who play transformative and ambitious roles in understanding, exploring, protecting and sustainably managing our oceans wealth. 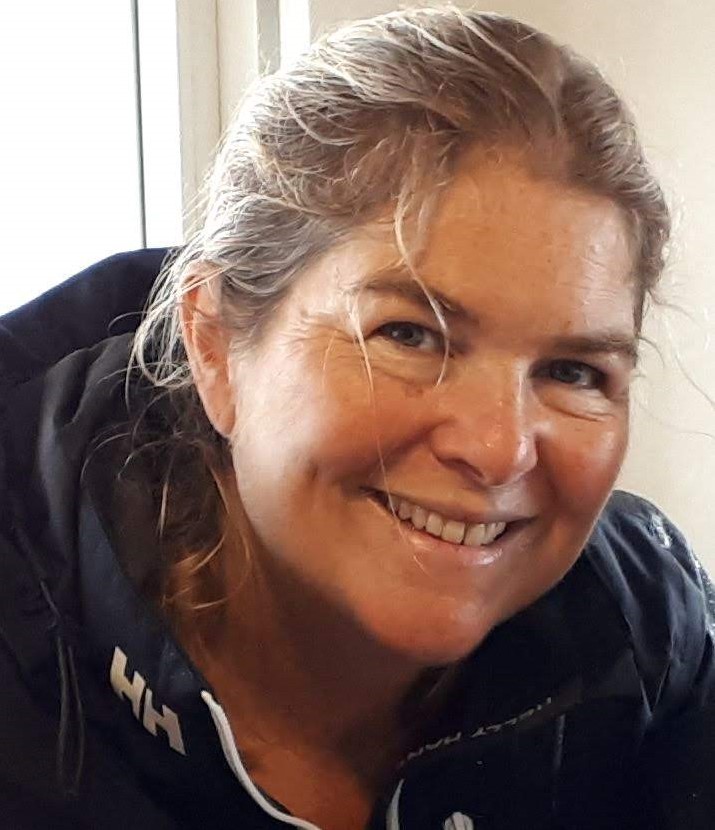 What is your current role at the Marine Institute and what's involved in your daily work?
I am a Marine scientist working on the INFOMAR* project, mapping Ireland's seabed. My daily work involves planning hydrographic surveys for the Marine Institute's marine research vessels, the RV Celtic Voyager and RV Celtic Explorer, as well as maintaining and upgrading the on-board mapping equipment. From April to October, you can find me offshore with the mapping team collecting hydrographic and geological data to make seabed maps of Ireland's underwater territory. It's a big job, as the area is 10 times the size of Ireland itself, and the shallower the water gets, the longer the survey takes. Once we are back ashore, I help process the multibeam bathymetry data to produce seabed maps that enable many other marine sectors including shipping (charts), fisheries, offshore energy and environmental monitoring to name a few.

What did you study and why?
I studied Marine science and hydrographic surveying at Liverpool JM University and later went on to complete a Master of Science in Coastal Zone Management. I wanted to study Marine science as Jack Cousteau was a big influence growing up and I loved being at sea. I also had a passion for traveling and the chance to sail for Ireland on Asgard II, in Australia aged 17, sealed this path for me. From there, I went on to gain my Bachelor of Science degree and for the first 12 years of my career, I travelled extensively - mapping in the Gulf of Mexico, West Africa, Australia and the North Sea. Following this experience, I joined the Marine Institute's INFOMAR team in 2007.

What are you interests and passions?
I grew up sailing and have a passion for open water swimming. I live by the sea and rarely a day goes by where I am not in, on, or walking by the sea. I recently took a career break and for fourteen months, I sailed 13,000 miles with my family (my husband, daughter 13 and son 11), down the west coast of Europe, across the Atlantic to South America, north to the Caribbean across the north Atlantic to the Azores and back home to the west coast of Ireland. It was an epic adventure full of travel, sailing and marine science.

What is the best thing about working in the Marine Institute? What do you enjoy most about your job?
The Marine Institute is like a big family, there is always some great team work going on. At the Marine Institute we engage with many social campaigns and events, like this one for the UN International Day of Women and Girls in Science, and SeaFest - a fantastic interactive celebration of all things marine which highlights and communicate our role as scientists to the public. My job is varied and I still love going out to sea. The work at sea is busy, there are no 'Sundays' but there's always a sunrise. Mapping the seabed is hugely rewarding - from finding a new shipwreck on the sea floor to discovering large sand waves and interesting geological features, with each pass of the sonar revealing new discoveries.

What is something you think everyone should know about the ocean?
While Ireland, through various programmes, has mapped more than 75% of its seabed area, only about 5% of the world's oceans are mapped in high resolution. Knowledge of the shape of the ocean floor can help determine large scale ocean currents, predict where a Tsunami will strike or even contribute to the development of sustainable fisheries and aquaculture around the world. Seabed 2030 is an international project aiming to create the first comprehensive map of the world's oceans using over 100 ships for the next 13 years.