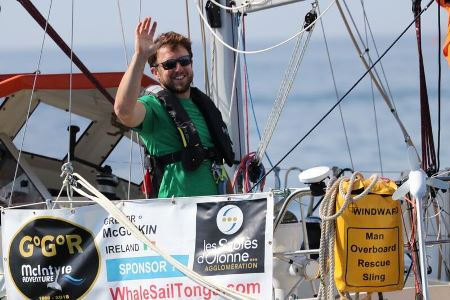 Irishman Gregor McGuckin's yacht Hanley Energy Endurance rolled 360 degrees last night in the middle of the Indian Ocean during an extreme storm. This resulted in main mast breaking which now forces him out of the solo round the world race.

On behalf of the Marine Institute, Dr. Peter Heffernan said 'We're saddened to hear that Gregor is now out of Golden Globe Race following storm damage to his vessel. The Golden Globe Race has tested many experienced sailors with the challenges of being at sea. We understand Gregor is in the process of deciding his next move where he is currently 2000 miles from Australia. We wish him a safe return.'