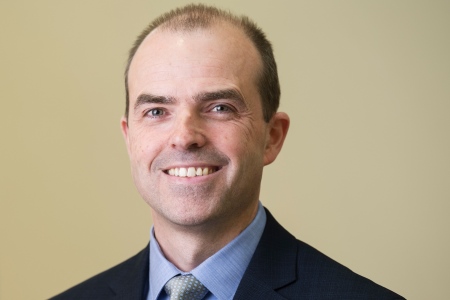 Dr Niall McDonough, Director of Policy Innovation and Research Support Services at the Marine Institute, was recently elected Chair of the JPI Oceans Management Board.

JPI Oceans is an intergovernmental platform that works to increase the alignment and impact of national investments in marine and maritime research and innovation in Europe. The platform provides its member countries with a shared voice, strategic agenda and action plan to address complex ocean-related societal challenges that cannot be solved at national level. JPI Oceans focuses on long-term collaboration between EU member states, associated countries and international partners.

Niall trained as a marine biologist with research interests in marine aquaculture and shellfish stock restoration. Following two years with the Environmental Change Institute at the National University of Ireland, Galway, he worked for five years as Head of the Centre for Marine Resources and Mariculture at Queen's University Belfast. From 2009 to 2017, he served as Executive Director of the European Marine Board based at the InnovOcean campus in Ostend, Belgium. In 2017, Niall commenced his current role with the Marine Institute where he oversees the management of the Institute's competitive marine research programme and coordinates the implementation of the National Marine Research and Innovation Strategy 2017-2021.

Dr Niall McDonough said, "JPI Oceans has become a key platform for cooperation in marine and maritime research in Europe. National ministries and funders value the efficient and agile mechanisms it provides to identify and implement the research needed to address shared challenges in the safe and sustainable use of ocean space and resources. I look forward to working with the Secretariat, vice-Chairs and Management Board to implement the new JPI Oceans Strategy Framework and to consolidate the role and impact of JPI Oceans at the core of European ocean research."

Prior to his appointment of Chair of the JPI Oceans Management Board and Internal Advisory Board, Niall was elected a member of the JPI Oceans Strategic Advisory Board. Alongside Dr Maurice Héral from the French National Research Agency, Niall also led recently the involvement of Member States and Associated Countries in the development of the European Partnership 'A climate neutral, sustainable and productive Blue Economy'.

Dr Niall McDonough will serve as Chair of the JPI Oceans Management Board for a three-year term.