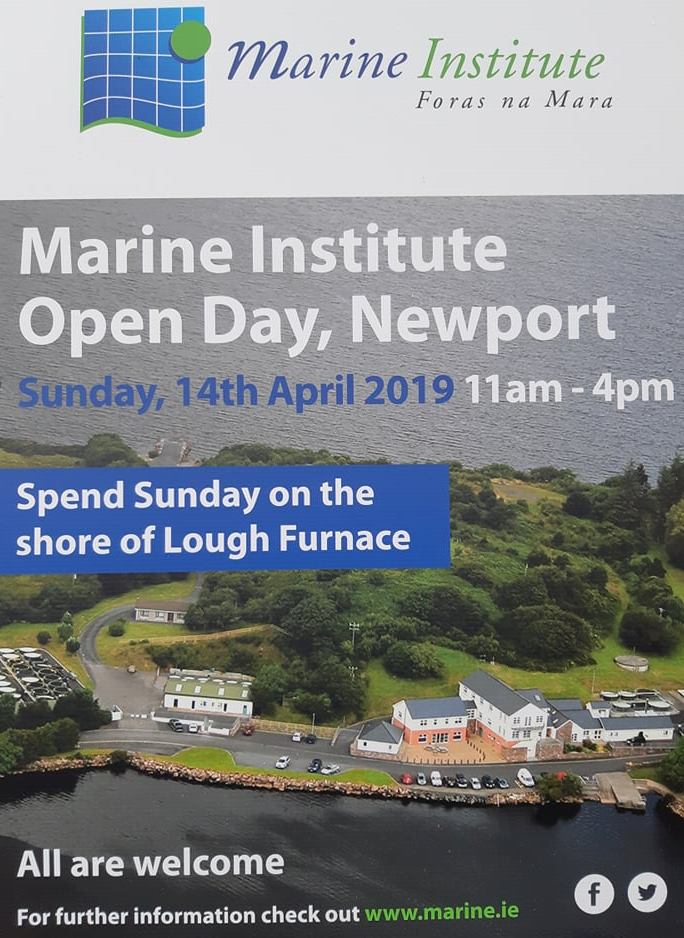 The Marine Institute's Research Facility in Furnace, Newport, Co Mayo will open its doors to primary school students this week, and hold an Open Day on Sunday 14 April 2019 from 11am to 4pm.

Primary students from Newport, Kilmeena, Carrowaholly, Glenhest, Knockroosky and Snugboro schools in Co Mayo will visit the Newport Catchment Facility on 10 and 11 April 2019. The students will speak with scientists and view the freshwater hatchery and fish rearing facilities on site. Beavers and cubs from the Westport and Ballyhaunis Scout groups will tour the facility on Saturday 13 April.

The Open Day at Newport Catchment Facility on Sunday 14 April offers an opportunity for visitors to view the facilities in the Burrishoole Valley and learn more about the research taking place at the site.

A range of cutting edge research is undertaken at the Newport Catchment Facility including genetics work across several species of salmon, sea bass, pollock and bluefin tuna, as well as research on catchment ecosystems events, climate change, oceanography and aquaculture.

Dr Peter Heffernan, CEO of the Marine Institute said, "We welcome visitors to our Newport facility to see the work that is being undertaken by scientists and postdoctoral students that not only contributes to national research, but also has international relevance. Our Open Day is also an opportunity to engage the public and increase awareness of the value and opportunities of our marine resource, a goal of Ireland's marine plan Harnessing Our Ocean Wealth."

Visitors will have the opportunity to speak with researchers, scientists and staff at the Newport facility. A number of PhD candidates will also be available to talk to students about their subject choices and potential careers in the marine sector.
View fish species up-close in the aquarium displays, learn how to read a salmon scale and look through microscopes to see freshwater invertebrates. There is also the chance to visit the manual weather station and see the instruments used to collect daily data for Met Éireann.

Children will get the chance to touch some fish species that were captured during fisheries surveys on the RV Celtic Explorer. Kids will also learn about Ireland's national seabed mapping programme with the INFOMAR Augmented Reality Sandbox.