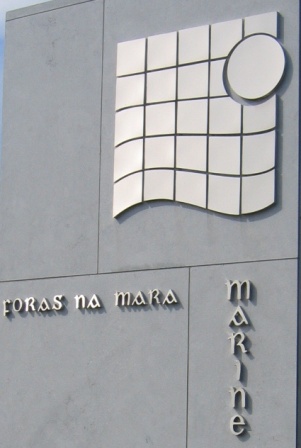 “I welcome the acknowledgement by the Journal of Fish Diseases for their error in publishing as a ‘Short Communication’ the piece by Krkosek et al. claiming ‘fundamental errors’ in Marine Institute science. I further welcome the apology by the Journal for the inadequate editorial procedures followed and the unfairness with which they treated the Marine Institute by not affording us right of reply prior to the publication of Krkosek’s accusation.

“In the Journal on the 14 August 2013, Krkosek et al.’s work was presented as having been peer reviewed. It was subsequently the basis of much media comment criticising Marine Institute science. Scientific peer review is all important to the quality, accuracy and integrity of research. However, what people must be made aware of now is that Krkosek et al’s work has now been reclassified by the Journal as a ‘Comment’, which is akin to an opinion piece. The journal has also updated its author guidelines to clearly state the level of peer review for the different types of articles. While original manuscripts are subject to full peer scientific review prior to publication, the journal’s guidelines clearly state that ‘Comments will be editorially reviewed... in order to facilitate rapid publication’. “Furthermore, I welcome the fact that the Journal has now published the Marine Institute’s rebuttal to Krkosek et al.’s unfounded criticism of the paper by Jackson et al., entitled ‘Impact of Lepeophtheirus salmonis infestations on migrating Atlantic salmon, Salmo salar L., smolts at eight locations in Ireland with an analysis of lice-induced marine mortality’.

“As the national agency responsible for marine research, we stand firmly over our science and, in the interest of accuracy and fairness, we urge you to share the full facts with your readers/listeners as soon as possible.

“We have a very strong track record of providing high quality scientific advice and we firmly stand over all peer reviewed science published by our staff.

“The Marine Institute paper presents an analysis of a long-term dataset from eight locations along Ireland’s west and south coast to determine the impact of sea lice on migrating salmon. It concludes that while sea lice-induced mortality on outwardly migrating salmon smolts can be significant, it is a minor and irregular component of marine mortality in the stocks studied and is unlikely to be a significant factor influencing conservation status of salmon stocks.

“Access to quality research is vital both to the Marine Institute, as an independent scientific agency, and to the wider scientific community. We emphasise the importance of solid statistical analysis in delivering solid evidence-based research. Thank you.”

The response is published in the Journal of Fish Diseases as open access.