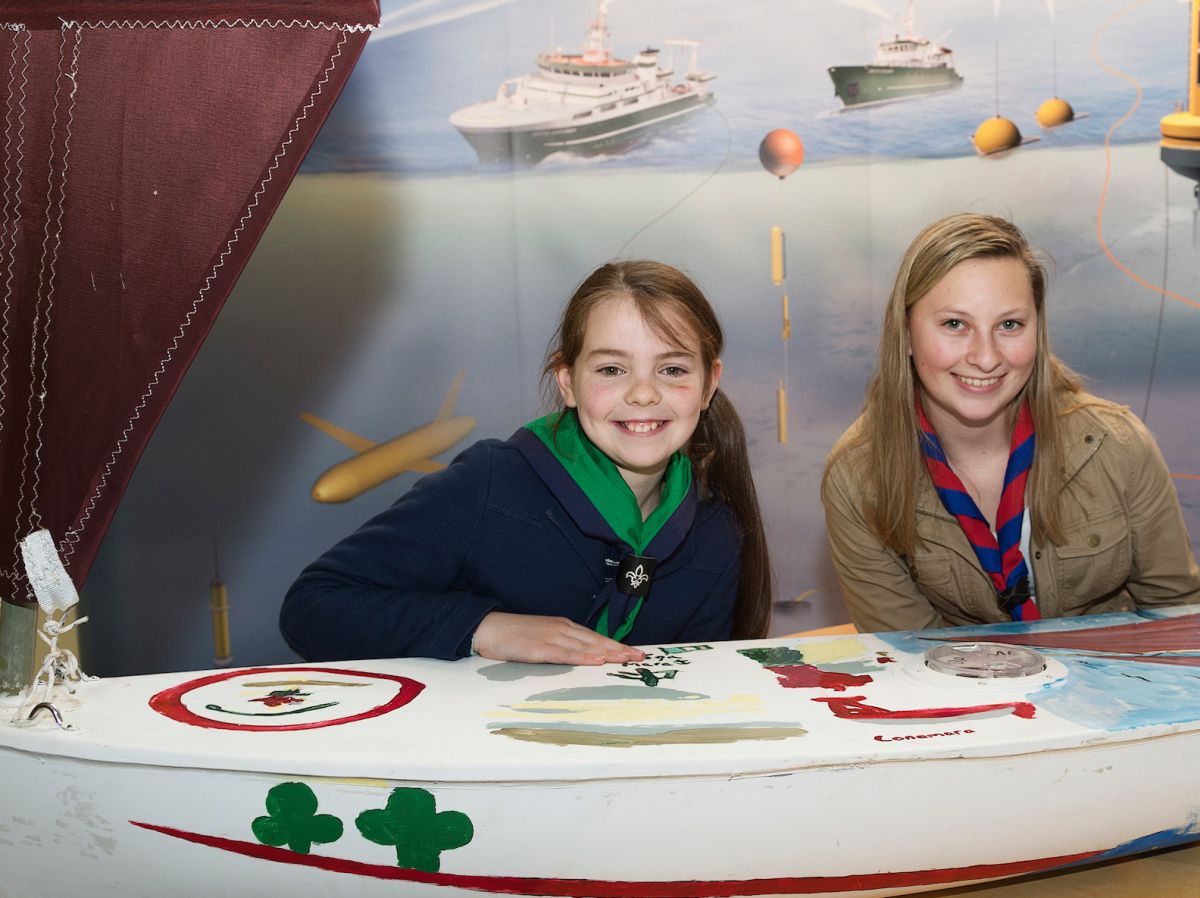 Primary school student Méabh Ní Ghionnáin from Galway and secondary school student Kaitlyn Dow from Connecticut, USA meet for the first time at the Marine Institute, in Galway, for the handing over their unmanned Lancer sailboat, which will be relaunched from the RV Celtic Explorer in the Atlantic Ocean later this year.

The one and a half metre sailboat (Lancer) provided by Educational Passages, was used as part of Kaitlyn's year-long research project where she was studying wind and currents in the ocean. Fitted with a GPS transmitter, the boat was released in May 2016 by NOAA ship Neil Armstrong off the coast of Cape Cod. The boat successfully crossed the Atlantic, and was found washed ashore four months later in the Conamara, County Galway, where it was found by 8-year-old Méabh Ní Ghionnáin, a resident of Droim, Leitir Móir.

Dr Peter Heffernan, CEO of the Marine Institute, congratulated Méabh and Kaitlyn on their endeavors and said, "We are thrilled to be involved with the continued voyage of the Lancer sailboat where it will be launched from the research vessel RV Celtic Explorer during its up and coming transatlantic expedition in April".

"This story is a wonderful example of both science literacy and citizen engagement with the oceans – themes which are a priority for the Atlantic Ocean Research Alliance between Canada, the EU and USA. Seeing new friendships formed across the Atlantic at an early age highlights the value of international partnerships that are essential for sharing marine science. With the Atlantic being the second largest ocean in the world, it is important to increase our awareness of the value, opportunities and societal benefits the ocean provides us," Dr Heffernan further said.

Michael O'Connor, Kaitlyn's Science Teacher has also travelled to Ireland said, "I am thrilled to see this project to the next stage bringing Méabh and Kaitlyn together. Although this started as a science project, the social connections and the sea that binds them are just as important as the data collected".

The Lancer sailboat was repaired by Ciaran Oliver and James Rattigan from Port of Galway Sea Scouts. The Sea Scouts recently visited the RV Celtic Explorer with Méabh and will also be attending a seashore safari with Galway Atlantaquaria and the Explorers Education Programme team later this month.