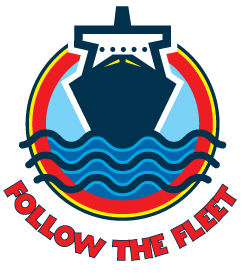 The 2012 Follow the Fleet Competition is offering some amazing prizes for the winning entries which will be judged by a panel headed by noted maritime journalist Mr. Tom McSweeney.  Some of the prizes include a trip to the National Maritime College in Cork for the winning class where they will be able to command their own ship at sea in the world class ship simulators. The Overall School Winner Category will also win a laptop for their teacher and the category winners will see their essay scripted into a short animated film, voiced by actor Aidan Dooley of ‘Tom Crean –Antarctic Explorer’ fame.The competition is open to all primary school classes registered on thewww.followthefleet.ie programme, the deadline for the competition is the 5th of April 2012. All details of the competition and entry forms are available on-line onhttp://www.imdo.ie/followthefleet/news.asp For more details contact marketing@imdo.ie or call the IMDO on 01 476 6500 for more information on joining the Follow the Fleet programme.