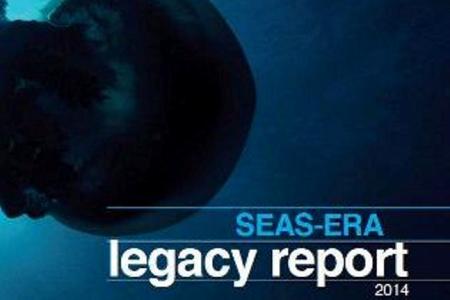 The recent publication of the SEAS-ERA Legacy Report (August, 2014) brings to a successful conclusion the 4 year Work Programme of the SEAS-ERA Network, a consortium of 21 European Marine Research Funding Organisations (RFOs) from 18 Member and Associated Member States.

Key SEAS-ERA deliverables included the (a) preparation of a vision and (b) the identification of priority research issues to be addressed in each of the three sea basins studied: the Atlantic, the Mediterranean and the Black Sea.

The Atlantic Sea Basin Working Group, led by the Marine Institute (Ireland) and the European Marine Board (www.marineboard.eu), included partners from 10 of the 11 European Atlantic seaboard countries (excluding Denmark) stretching from Norway/Iceland in the north to Spain /Portugal in the south.

Key deliverables of this Group included the publications:

According to Geoffrey O’Sullivan (Marine Institute-Ireland, Joint Programme Leader/Atlantic Sea Basin), “the SEAS-ERA Project has made a significant contribution to identifying agreed marine research priorities to be addressed in the Atlantic Sea Basin. This work has fed into theEU Atlantic Strategy (2011) and the Regional Atlantic Fora Workshops (2012-2013)  which in turn informed the EU Atlantic Action Plan (2014-2020).  The priority research topics identified in the EU Atlantic Action Plan are also consistent with national marine policy (Harnessing Our Ocean Wealth ) and topics identified for trans-Atlantic EU-USA-Canada Marine Research Cooperation as defined in 2013 in the Galway Statement on Atlantic Ocean Cooperation. These priority topics provide an agenda for cooperative EU (HORIZON 2020, INTERREG-V, etc.) and Member State Marine Research Funding Programmes over the period 2014 to 2020”.

The FP7 funded SEAS ERA project (2010-2014) is a network of European marine research funding organisations (RFOs) consisting of 21 partners and two third parties from 18 Member and Associated Member States located along the European seaboard in the Atlantic, Mediterranean and Black Sea. Close contacts were established between the SEAS-ERA project and the Baltic Sea RFOs through the EU BONUS project (www.bonusportal.org).

For further information on the  and to download SEAS-ERA Reports go to www.seas-era.eu