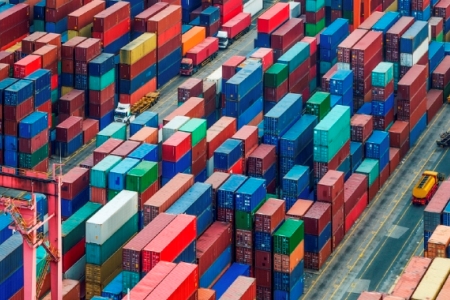 Unitised traffic which consists of Roll-on/Roll-off (Ro/Ro) off and Lift-on/Lift-off (Lo/Lo) traffic continued to rise steadily and has now shown consistent growth for an extended period, with an average growth of 7% per quarter in unitised traffic since Q1 2014 as measured by the i-Ship index.

The majority of Ro/Ro traffic moves between Ireland and Great Britain and this freight segment is a simple but reliable indicator of the level of trade between both economies. Encouragingly, the Ro/Ro freight sector saw volume growth of 7% in the first quarter to 250,287 units. This is the fifteenth consecutive quarterly increase that Ro/Ro has experienced.

When reviewing Unitised traffic it is worth noting that both Lo/Lo and Roll-on/Roll-off freight moves in an all-Island setting. Therefore when Northern Irish Ports are included, all-island Ro/Ro volume grew by 8% in Q1 2016. All Island traffic in the Lo/Lo sector grew 7% overall, with imports rising 6% and exports 9% for Q1 2016.

The overall bulk traffic segment saw tonnage volumes decrease by 2%, excluding transhipments, when compared to the previous year. This was mainly driven by a decrease in break bulk traffic of 12%; the first year on year decrease in break bulk since Q2 2013. There was a 1% fall in Dry Bulk traffic for Q1 2015, with trade in animal feed, fertiliser and coal affected the most. Liquid bulk (excluding transhipments) also fell marginally, to 2,757,733 tonnes in Q1 2016. 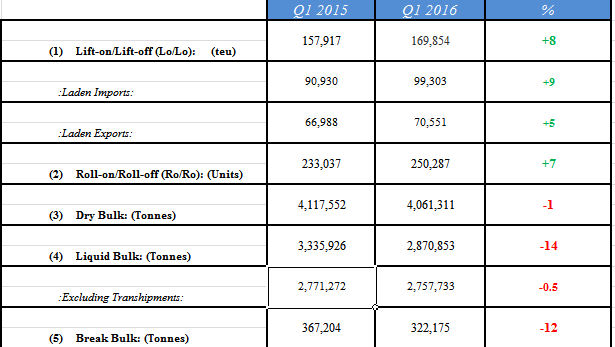 Note: *The iShip index is a volume index for all freight traffic moved to and from the Republic of Ireland.
This does not include passengers, and transshipment activity.
Note: All freight and passenger comparisons are done on a quarterly basis (Q1 2015 v Q1 2016)