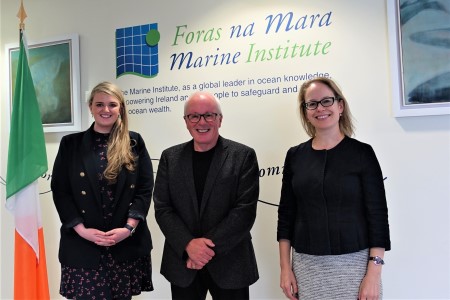 7th September 2022: The Marine Institute was delighted to host a delegation from the Canadian Embassy to its Oranmore facility in Co Galway earlier this week (5 September 2022).

The meeting explored the Marine Institute’s current and future work projects and the work of Canadian companies and organisations in the ocean economy sector. The meeting was also beneficial in identifying partnerships for research opportunities.

Discussions will continue over the coming months as both countries are highly interested in harnessing Atlantic Ocean research opportunities. In 2013, the Atlantic Ocean Research Alliance (AORA), between Canada, the European Union and the United States, was launched following the signing of the Galway Statement on Atlantic Ocean Cooperation.