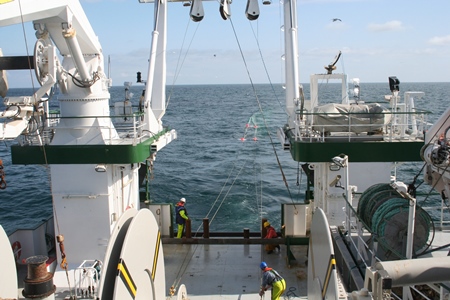 20 July 2021: Marine survival of salmon in the eastern North Atlantic has substantially declined in recent decades, yet little was known about the migratory behaviour and distribution of populations. A new genetic tagging study, just published in the international journal Fish & Fisheries, shows where young salmon gather and begin to migrate during their first summer at sea; migrating along the continental shelves off Ireland, Scotland and Norway and subsequently aggregating to feed in the Norwegian Sea west of the Vøring Plateau in international waters (those waters outside national jurisdiction). Here they are exposed to potential mortality from major commercial fisheries for other pelagic species.

The genetic analysis of fish caught at sea demonstrates that the salmon stocks that make up this feeding aggregation are unexpectedly not from neighbouring Norwegian rivers, but are predominantly from southern rivers such as those in Britain, Ireland, France and Spain.

This points to fundamental differences in migration behaviours (routes) and likely explains variation in how stocks from Northern and Southern European rivers have been responding to environmental change and critically to recent climate change, and may account for the differences that have been observed among stock groups in marine survival.

Joint senior author of the paper, Prof. Philip McGinnity of UCC and the Marine Institute said, "This report is the culmination of a major logistical and technical effort to synthesise the data from 385 marine cruises, 10,202 individual trawls, 9,269 captured post smolts, spanning three decades and approximately 4.75 million Km2 of ocean and 3,423 individuals assigned to their region of origin." 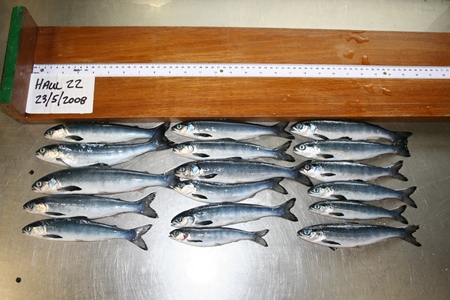 Further adding, "A post smolt salmon at 25cm is a very small and rare fish in a very large ocean and so to firstly catch and then assign a couple of thousand fish back to their region and even, potentially, their river of origin is a considerable feat." 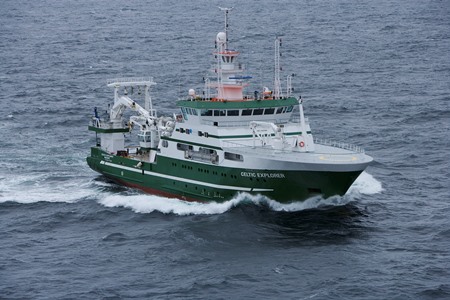 The sampling was largely carried out by research vessels, such as the Marine Institute's RV Celtic Explorer, from several European countries and the laboratory analysis by many European labs.

In addition to the large team of international researchers from the UK, Norway, Faroes, Denmark, Russia, France, Spain, Finland, Irish scientists from University College Cork, the Marine Institute, Queen's University Belfast, the Atlantic Salmon Trust, the Loughs Agency and the Agri-Food and the Biosciences Institute for Northern Ireland were centrally involved.

Professor Tom Quinn of the University of Washington's School of Aquatic and Fishery Sciences, a leading world authority on salmon has welcomed the study, saying "This paper is the result of sampling efforts that were vast in space and time, and equally impressive 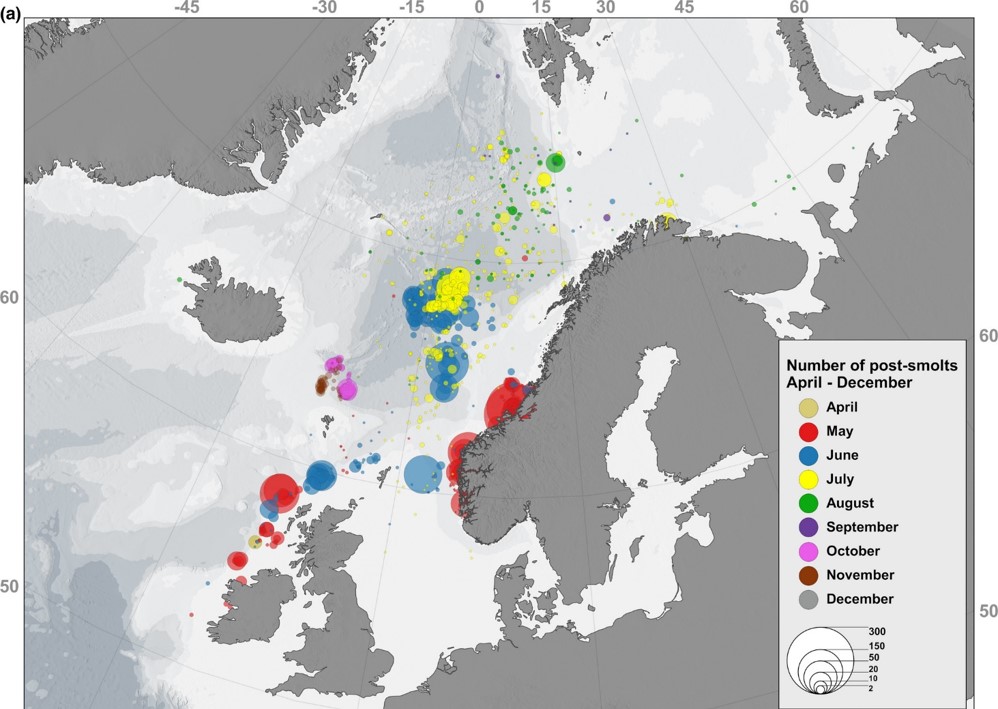 collaboration including research agencies and universities from many nations. The scope of this study alone is most impressive, and the results are of great importance. These scientists have revealed rich variation in the early marine migrations of Atlantic salmon from different regions, and are entirely consistent with a growing body of research using similar genetic methods being conducted on Pacific salmon. It is clear that salmon migrate to distant, stock-specific locations at sea, despite never having been to these regions before, and having no older members of their cohort to lead them. The environmental conditions that they encounter in their respective locations will affect their access to food, hence growth, but also their exposure to predators and intercepting fisheries. Thus migratory routes are of great consequence for the persistence and recovery of salmon stocks, in addition to the marvel of animal orientation that they reflect." 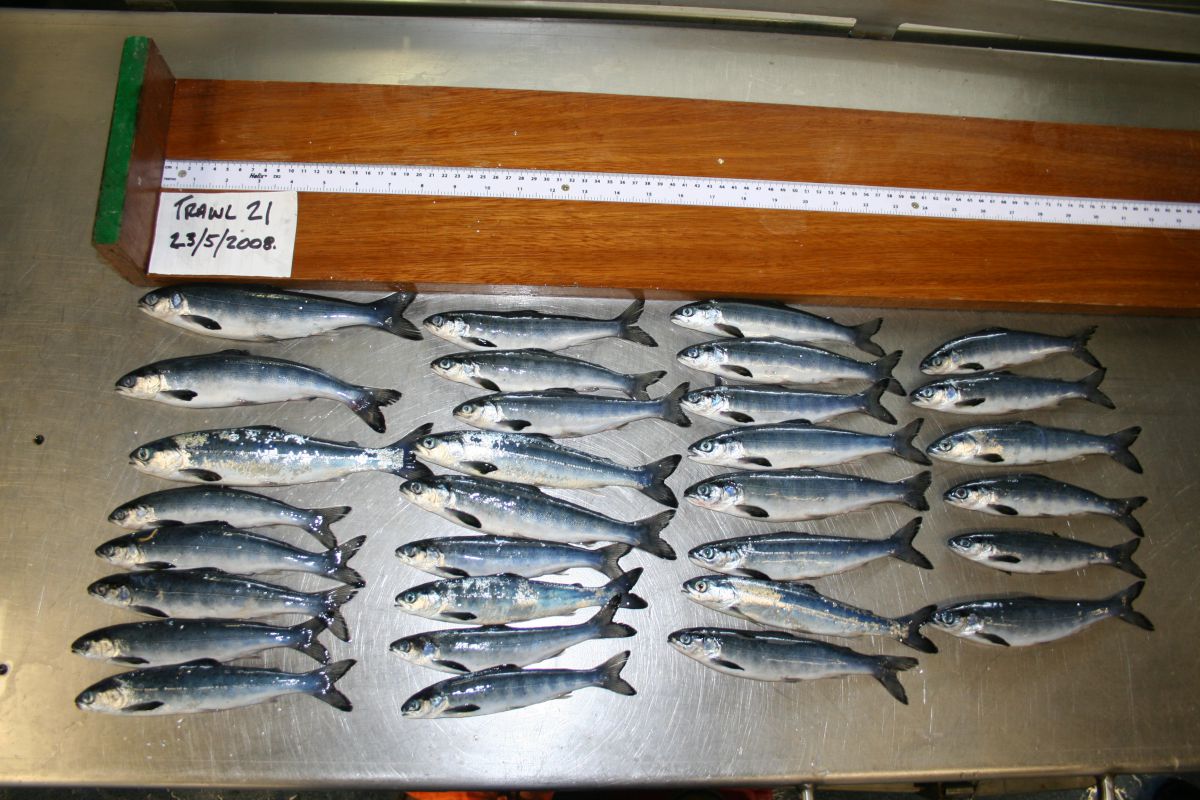 According to Dr Niall Ó Maoiléidigh of the Marine Institute and a co-author on the paper, "Precise information on migration routes and timing are crucial for research into highly migratory marine species especially as the main factors causing population declines may be unknown."

Dr Ciaran Kelly, Director of Fisheries and Ecosystem Services at the Marine Institute said, "The Marine Institute is pleased to see the contribution of its scientists and infrastructure to this project come to fruition. The findings of this study are very important for the management and conservation of salmon in the pelagic marine ecosystem."