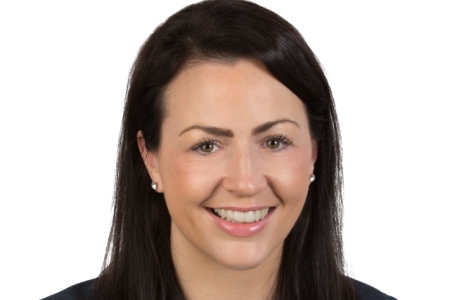 What is your current role at the Marine Institute and what's involved in your daily work?
I work in the Marine Institute's Irish Maritime Development Office, which is responsible for the promotion and development of Ireland's maritime industry. The specific focus is ports and shipping, however given the interconnected nature of the industry we also are involved in a broad range of areas such as maritime technology and offshore renewable energy and how these areas impact the industry. My role as a Business Development Manager is quite varied.

When International travel was possible, we would undertake trade missions with Irish companies internationally or to international trade shows and conferences promoting Ireland as a destination for maritime business. We work quite closely with Irish ports and international shipping companies with regards to the development of maritime transport routes on and off the island. This is really important for the Irish economy and supports imports and exports. It also supports how we get the majority of our everyday food items onto our table! Brexit and the global pandemic have been significant issues that we have had to deal with over the last number of months.

We also work with ports and maritime companies on new areas of opportunity and how they can be best supported and developed. Offshore wind energy will be a big area of growth for Ireland given the targets in the Climate Action Plan. The ports and maritime sector generally will play a big part in the roll out of that industry so there is lots of work to be done there. Digitalisation and decarbonisation are two big areas of importance in the maritime sector currently. Ireland, as we know has a well establish ICT sector, so there are lots of opportunity for Irish companies to target these markets internationally. We try to develop clusters of Irish companies with expertise in this regard and there is now an Irish marine cluster called Marine Ireland Industry Network.

Finally, part of my role also involves work in policy, and providing advice and support to the Department of Transport in this regard. We are also involved in EU initiatives and projects, and are leading the Atlantic Ports pillar for the Atlantic Action Plan. There are currently lots of interesting discussions with our European colleagues about this project.

What did you study and why?
My career path to maritime certainly was not straightforward. I completed an undergraduate degree in Computer Science, Linguistics and French in Trinity College and went on to complete a Master's in Multimedia Systems. After doing some lecturing I realised that I would like to go down the research route. I joined what was known then as the Centre for Digital Video Processing in Dublin City University which then became part of the SFI Research Centre Clarity. I spent four years completing a PhD in multi-modal event detection. The PhD was actually funded through the Beaufort Marine Research Awards and that's how I became so involved in all things marine! I liked it so much I stayed on to do postdoctoral research in the area with MESTECH (now DCU Water Institute). I was lucky enough then to get the role of National Coordinator of the Advanced Marine Technology Programme on behalf of the Marine Institute. I was in that role for almost four years before joining the Irish Maritime Development Office in 2016. I have been working with the Marine Institute now for over eight years.

What are you interests and passions?
I love the outdoors and any chance I get, I love breathing in the fresh sea air. Unfortunately, I don't live close to the sea as we are based in the Marine Institute's Dublin office. My ultimate goal is to end up with a little getaway somewhere along the coast that I can visit with the family on the weekends. Although I live in Co Meath so we do have some coastline, albeit a small one! However, there is nothing like any of those spots along the Wild Atlantic Way, that as a family we venture to at any opportunity.

What is the best thing about working in the Marine Institute? What do you enjoy most about your job?
I find people in the Marine Institute to be so passionate about what they do and that passion is infectious and just instils a great pride in your work. It's what sucked me in all that time ago from being a computer science PhD researcher to now working in marine and maritime issues!

What is something you think everyone should know about the ocean?
Over 90% of Ireland's trade is carried by sea. All the work that happens in the background and the great work that our ports and shipping companies do, is really central to our everyday lives.