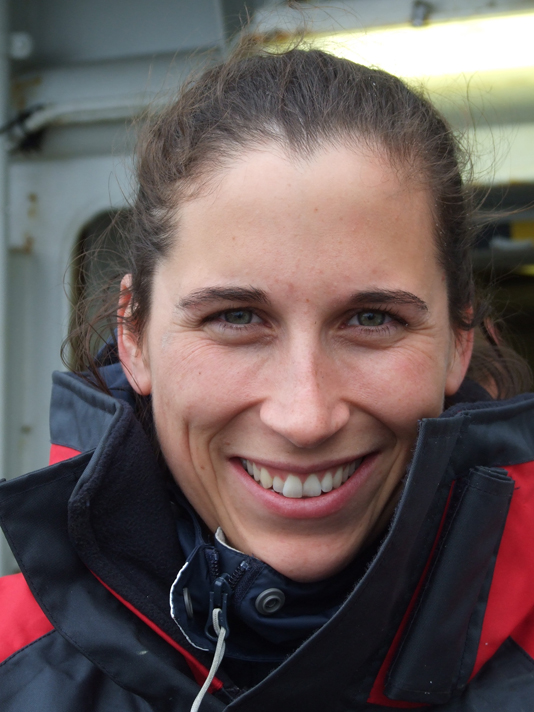 How is the Arctic climate relevant to Ireland?

I think there is more and more awareness around how changes in the Arctic due to global warming, and also political pressures in the region, can have an impact on the island of Ireland. For example, when you look at climate change, we have amplified warming in the Arctic which has a knock on effect of altering major storm tracks and storm intensities, meaning extreme weather events are more likely here. Similarly, changes to ocean currents which are linked to the warming in the Arctic have an impact on the island too. So, the Arctic region will be a very important source of change for Ireland in the years ahead and it's best if we understand it as much as we can.

What is Arctic amplification and how does it affect us?

Over the past few years the Arctic has experienced so-called 'Arctic amplification', a process whereby there has been a rapid warming of the region compared to the rest of the planet. This results in a loss of sea-ice, and less sea-ice means more solar radiation is absorbed by the ocean, meaning the Arctic Ocean heats up, and the additional heat is released to the atmosphere during the winter, warming the atmosphere, significantly.

Because the Arctic is warming so much faster than the rest of the world there are changes to the pressure gradients between the Arctic and the tropics, and these gradients are what dictate the strength of the jet-stream. Now, when you change the strength of the jet-stream it's like changing the flow of a river, and what's happening now is that the river is slowing down. This means that the weather patterns we are familiar with - high pressure and low pressure systems - will stick around for much longer, which translates into more extreme weather patterns for many locations, including Ireland.

What is the Arctic Council and why has Ireland applied to become an observer?

The Arctic Council is an intergovernmental forum that addresses issues faced by the Arctic governments and people. While it doesn't handle any questions of security, it is focused on the environment and ecosystems there, which impact on the lives of the Arctic people, specifically looking at how to address emerging challenges.

The active members are countries in the Arctic regions including Russia, Norway, Iceland, the United States, Canada and Denmark. They are full members of the Council. However, there are also observer members, that have no real decision power, but do contribute with their expertise to the Working Groups of the Arctic Council. This can be scientific or political, at varying levels. As a scientist what I find most interesting is the science collaboration that is supported by the Council, where scientists come together to address issues like Arctic Ocean acidification or changes in Arctic fauna and flora. The Council supports the writing of reports and scientists work together to solve relevant issues for the region and the indigenous peoples who live there.

NARI is the Network of Arctic Researchers in Ireland. Our mission is to create, maintain and develop an informal all-island network of Arctic researchers in Ireland to facilitate collaboration of scientific activities linked to the Arctic, and to provide independent scientific advice to the public and policy makers. We formed in collaboration with the Department of Foreign Affairs and the Marine Institute.

We are continuously trying to seek International Polar cooperation with other organisations that conduct science and research in the Arctic to tackle environmental and human challenges. To this end, we have a very active social sciences and humanities working group, which is probably our most active group at the moment.

What kind of projects are NARI scientists working on?

We have a lot of researchers working on a lot of different projects at the moment. Our members are grouped in thematic working groups focussing on the Marine Sciences, Terrestrial Sciences and Social Sciences & Humanities. For example, the NorFish project led by Professor Poul Holm Trinity College Dublin is looking at how Nordic fisheries have changed, assessing how people have impacted fisheries in the past, and how they've adapted to change. That obviously has implications for today, since fisheries are changing due to climate change, and some species are disappearing as other species are appearing.

Another great project is the Seabird Watch project led by Dr Jessopp from University College Cork, where volunteers identify birds to look at species population dynamics on a very large scale. The Blu-Action project led by Gerard McCarthy at Maynooth University looks at the impact of Arctic warming on the northern hemisphere including the impact of Arctic Amplification that I explained earlier. Specifically, this project will simulate the linkages between the Arctic and the global climate system, and the Arctic's role in generating weather patterns associated with hazardous conditions and climatic extremes. This range of projects will hopefully help to build our understanding of how changes in the Arctic are impacting life here in Ireland, now and in the future.

Dr Audrey Morley is a lecturer in Physical Geography at the National University of Ireland Galway, and affiliated with iCRAG, the Ryan Institute, and the PRU. In addition, she is the President of the Network of Arctic Researchers in Ireland (NARI) and the Director of the new BSc Programme in Geography and Geosystems. Audrey's research focuses on the development of palaeoceaonographic tools and understanding climate dynamics of warm climates.

This focus on research is presented as part of the Marine Institute's four week Oceans of Learning campaign, which enables everyone to engage with our ocean from anywhere. Oceans of Learning includes a new podcast series, videos and short films, news and online resources all about our ocean. There's something for everyone and the Oceans of Learning series will explore all aspects of our marine resource - from our rich marine biodiversity, to our changing ocean climate, and our oceans future. For more visit marine.ie